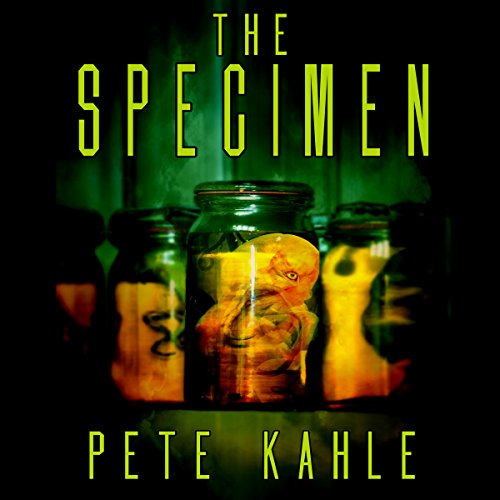 From a crater lake on an island off the coast of Bronze Age Estonia... to a crippled Viking warrior's conquest of England... to the bloody temple of an Aztec god of death and resurrection.... Their presence has shaped our world.

They are the Riders.

One month ago, an urban explorer was drawn to an abandoned asylum in the mountains of northern Massachusetts. There he discovered a large specimen jar, containing something organic, unnatural, and possibly alive. Now, he and a group of unsuspecting individuals have discovered one of history's most horrific secrets. Whether they want to be or not, they are caught in the middle of a millennia-old war, and the latest battle is about to begin.

An interesting book with many good ideas. Writing is generally good and exciting but occasionally shifts in perspective and style without warning. Despite this the story is very good. Performance is amazing. Love Wayne June.

A Very Interesting and Different Experience

I found this story quite unique. I thought the narration was wonderfully done and the story was perfectly paced. Some may say the back and forward between time periods was difficult but for me it gave the information just when it was needed and in fact added to the story. Well done Mr Kahle, I look forward to a sequel.

Story arc bounces around a lot, which is setting them up for what appears to be a long series. It is very, almost gratuitously gruesome, which should appeal to fans of same, but be warned. My first listen of Wayne June, who brings his own level of creepiness to this offering. Overall I enjoyed it, but I am not sure I need to hear any more of the series.

How many times must i hear this man say orifices?