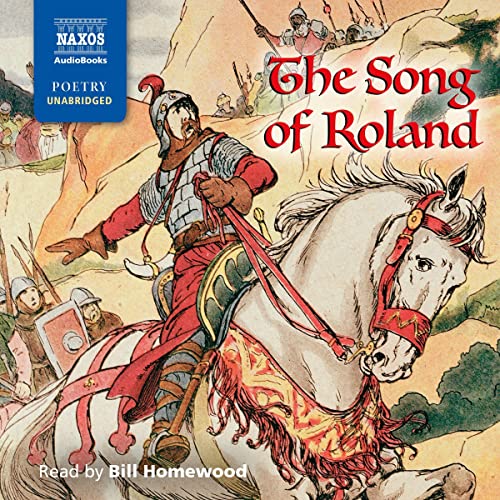 The Song of Roland

It is the year 778. The mighty French army, led by Emperor Charlemagne, confronts Saracen forces in the bloody Battle of Roncevaux Pass. In the course of this thrilling epic poem we follow the emperor’s hot-headed nephew Roland into battle. We are privy to the deal struck between the Saracen king Marsilie and Roland’s conniving stepfather Guene. We see both armour and bodies split by the blows of lances and swords, horses fall, and the heroic brotherhood of soldiery tested to its limit. At Charlemagne’s command, even priests go to war.

The story builds to a nail-biting climax–when a single trumpeting blast on an elephant’s horn changes the course of history. All this and more is to be found in this magnificent tale of faith, honour, courage–and treachery.