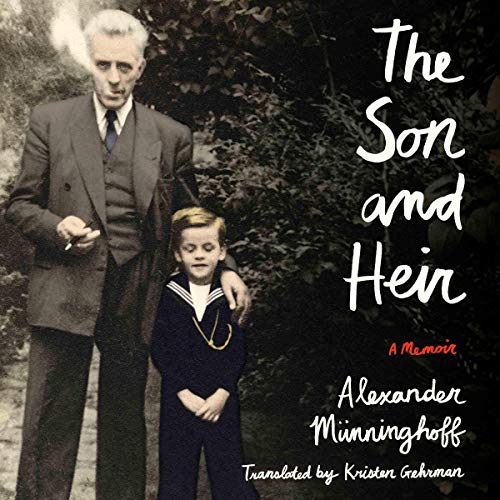 The Son and Heir

A prize-winning Dutch journalist's unsparing memoir of growing up amid the excesses, triumphs, and devastation of post-World War II Europe.

What can a son say upon discovering that his father wore a Nazi uniform? Reporter Alexander Münninghoff was only 4 when he found this mortifying relic from his father's recent past in his attic. This shameful memento came to symbolize not only his father's tragically misguided allegiance but also a shattered marriage and ultimately the unconscionable separation of a mother and son.

In this revelatory memoir, the author confronts his parents' complex past as he reconstructs the fortunes and disillusions of an entire family upheaved during the changes of 20th century Europe. The Münninghoffs were driven by greed, rebellion, and rage. An embattled dynasty, they were torn between the right and the wrong side of history. Their saga haunted Alexander's life for the next 70 years.

Only in reconciling with them can this man find the courage to move forward as son and heir to the startling legacy of a flawed yet grand tradition.

I did struggle to finish this book, although it was very informative. A good bit of information was imparted about the history of that time and the different players involved.