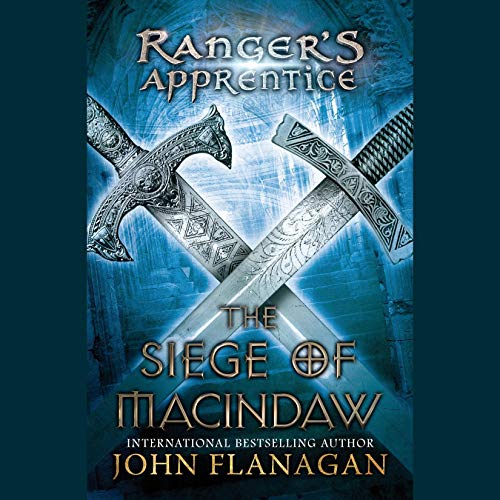 The international best-selling series with more than five million copies sold in the US alone!

After years as a Ranger's apprentice, Will is now the protector of his first fief. Not long into his service, everything that can go wrong does: Keren, a renegade knight, has taken over Castle Macindaw, a strategic gateway to the North - poisoning the royal family in the process - and is holding Will's friend Alyss captive. The situation grows direr when Will uncovers Keren's secret alliance with the Scotti, who have plans to plunder Araluen. Time is of the essence, and Will must recruit a motley crew to rescue Alyss and reclaim Castle Macindaw - before the Scotti can make it their own.

Perfect for fans of J.R.R. Tolkien’s Lord of the Rings, T.H. White’s The Sword in the Stone, Christopher Paolini’s Eragon series, and George R. R. Martin’s Game of Thrones/A Song of Ice and Fire series.

I enjoyed this book, as well!

I liked the story line. I enjoyed the character's interaction. and, the humor between the friends was refreshing. My only criticism, is I wish there was some descriptions of the relative peaceful, mundane times between adventures. I also wish there was more honesty and vulnerability between the three friends. In my opinion, friends are friends because we allow them to see our weaknesses.

Time and time again I keep getting amazed at the stories my favorite authors keeps making, I highly recommend for Ranger's Apprentice fans.

another great book made by john Flanagan. a grest read for kids and young adults that keep the imagination guessing

John Flanigan is a great writer and creates an exciting take of love
, friendship and heroism

great narration provides many hours of entertainment. you can almost believe you are there along side the characters.

This series never fails to keep me enthralled. I highly recommend it, and I’m a little sad to already be halfway through the series! I’m also glad yo have the original narrator back.

I’ve enjoyed this series but have a hard time listening to the one doing the reading. He pauses at the wrong places in sentences, so that one begins with one thought the author might have meant only to discover a different meaning when the sentence continues. It’s so disconcerting I opted to buy or borrow the books.