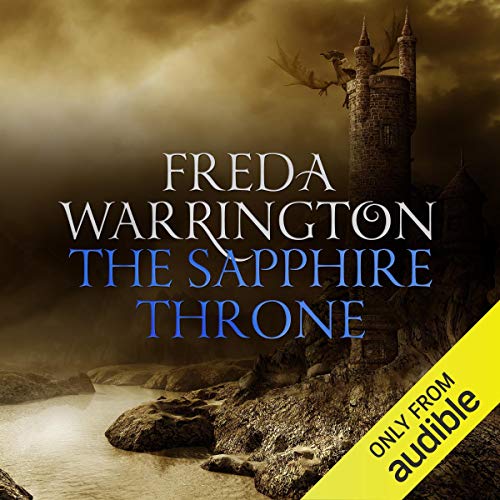 The war appears to be over. Helananthe, granddaughter of the mad king, Garnelys, has gathered her forces and reclaimed the Amber Citadel of Parione, defeating its evil Bhahdradomen advisers...but matters are never simple. The destinies of Tanthe and Ysomir, sisters whose journeys from their village home of Riverwynde had a massive impact on the war, have driven them apart.

Ysomir is held in the Citadel, accused of killing King Garnelys. Tanthe is pulled through a portal to the realm of the mysterious Aelyr by Auriel - an Aelyr youth who insists he is her brother. And there are yet darker schemes afoot.

Tanthe faces challenges from her human friends and her Aelyr "family". Rufryd, brother of Ysomir's dead beloved, rages against the world and becomes Helananthe's ambassador to the Bhahdradomen on the island of Vexor, where a terrifying fate awaits him. All will be changed forever.

In the second volume of her stunning Jewelfire Trilogy, Freda Warrington explores the machinations of the Bhahdradomen as they creep towards their ultimate aim - complete domination of the Nine Realms.

"She writes expertly and her characterisation is complex and convincing." (Starburst)

I'm on to book three. I can't get enough of your writing! I'll be purchasing another series when I've listened to the last book.