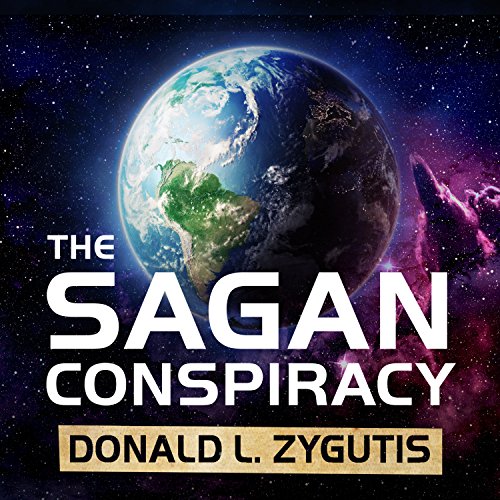 Mainstream SETI scientists and ancient alien theorists don't agree on much, but one opinion they share is that the undisputed authority on the possibility of alien existence was the late Carl Sagan (1934-1996), whose voluminous writings on the subject have had a profound influence on ETI research.

But how many Carl Sagan fans know that while the renowned scientist was at Stanford University, he produced a controversial paper, funded by a NASA research grant, that concludes that ancient alien intervention may have sparked human civilization? Author Donald L. Zygutis lays out a compelling case that points to a cover-up by the Pentagon and NASA, who may have buried it soon after it was written. How significant is the Stanford paper? The answer may lie in another question: How would a science-backed theory and search strategy to guide the discovery of alien artifacts among our own ancient civilizations impact the worldwide institutions of government, religion, and culture?

Laughable for a few reasons

1. An actual quote from the narrator- “it makes sense if you don’t think about it.”

2. If you feel the need to use cuss words as a narrating author, all you are achieving is the reducing creditability and intellect toward the topic.

Repeats himself ALOT! Yes, equal and consistency science should be applied...

Conspiracies are too easily postulated, cannot be proven nor disproven, and stimulate internal fears.

I finished this book for only one reason so I can give it a one star. it’s very long on talk and very short on substance

Very repetitive and not well substantiated

What Donald Zygutis has written is less a book and more a rambling rant. He rails against Frank Drank and the Drake Equation seemingly on every other page. He also bolsters Carl Sagan as the one true Ancient Astronaut Theorist, even though there is little to support it. Don't waste your time on this book.

Not repeating the same things in 80 different ways.

If you could play editor, what scene or scenes would you have cut from The Sagan Conspiracy?

Not repeating the same things in 80 different ways.

Finally the truth Carl Sagan , and the Stanford paper can be put in the proper perspective, he can be remembered for this ancient aliens, which NASA, the pentegon have tried to suppress.

Quite Intriguing Especially if You Are a Sagan Fan

So repetitive, but intriguing for sure. I'm going to contact the author for further discussions. Very good.

interesting, good for a short book

narration was good, and it's an interesting topic with valid points. the only downside is the amount of times the author repeats his disdain for NASA and Drake while praising Sagan.