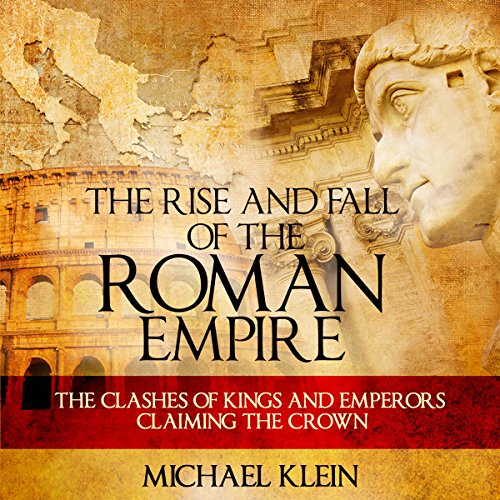 The Rise and Fall of the Roman Empire

On the horizons of many warring tribes, Roman warriors, knights from chivalric orders, and the devoted penniless appeared on a divine mission ready to conquer with an appetite for destruction, salvation, and a higher purpose. Pax Romana.

Had the world ever seen the magnitude of empires as it did in the Roman Empires that would unhinge themselves from their very foundation in their attempt to dominate over kings, lords, and tribes? What caused the Romans to proclaim themselves worthy of answering a seemingly providential call to spread the Roman way?

This is the story of their shifting identity over the course of a mind-boggling history in their steep ascents and defiant schisms transfixed with glory and virtue that lasted for thousands of years. It is the story of Rome's lingering origin and Rome's spirit of conquest as their enemies encircled them. The perilous protection they would offer to a papacy, besieged by perpetual land grabs of powerful nobles and distant tribes, was often compromised by their own faults, negligence and the nature of where their empire stopped and their Romanness began. They fought their own with just as much fervor as those who appeared at their fronts. Did their very spirit and ascent imperil that which united them, dividing them, as the world around them embraced or rejected their very foundation?

Monotone, text book feel. Not what I expected.

The narrator's voice was monotone the whole time and the book read like a textbook. You are hit with a constant barrage of proper nouns both people and places to the point where it becomes nearly impossible to truly follow.