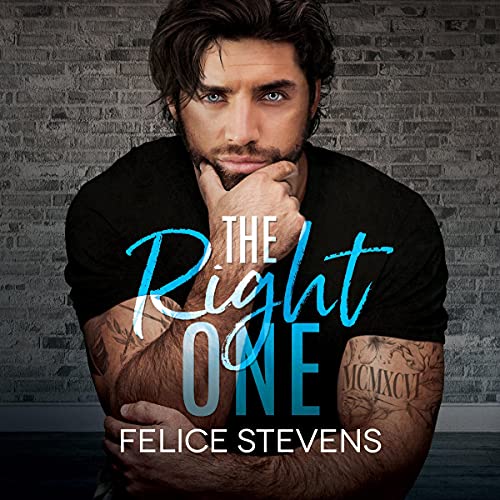 Morgan Cantrell is a survivor. After running away from an abusive husband, he’s finally divorced and starting over, but it’s hard. Of course he doesn’t mean to set off the smoke detectors in the building or short out the electricity in his apartment. Mistakes happen. The last thing he wants is to draw the attention of his growly, moody-ass super. Every time they meet, it’s like oil and water - they just don’t mix.

Leo DeLuca learned at an early age that the people who are supposed to love you only hurt you. He’s happy to keep to himself, but the walking disaster of a new tenant in 5C won’t stop getting in his way and into his business. They can’t even speak to each other without arguing, but Leo has to admit - it’s kind of a turn on. That must be the reason why he can’t stop thinking about the guy in 5C. Or wanting to touch him. But hell, no. That would be a mistake.

One kiss leads to an explosive night both men fight to forget - after all, Leo has nothing in common with the sweet kindergarten teacher while Morgan is looking for a happily ever after he knows Leo can’t give. Yet it’s Morgan who Leo leans on to help deal with his painful past, and Leo is the key to unlocking Morgan’s inner strength.

Trusting someone is never easy, but it might be the only way they discover that everything they think is wrong about each other, could be everything that's right.

Such a wonderful listen!

This story was so enjoyable! There was such real emotion written into every word and the characters were so believable. I hated to have to stop listening for things like sleeping and work.

Kale Williams was a great narrator. His tone and pacing were excellent and his delivery made the characters come to life. Sometimes his diction was a little too perfect and threw me out of the story, but it didn’t happen often and I could overlook it.

I definitely would recommend this audiobook, and will be looking for future stories by Felice Stevens!

Even though this was a good story, and I did enjoy it, The only thing, in my opinion is it became to slow and I needed more of details in the different issues along with a better ending. The narration of Kale Williams was wonderful he gave the characters life. I still recommend this book, it's just me, I do not like any slow burn story. 🤷🏽‍♀️

I enjoyed this story and the MCs, especially Morgan. Watching the characters come together was fun and the secondary characters were a treat. I think Kale Williams is one of those narrators that you know will deliver a quality listening experience and the same is true for this story. Between the writing and the narrating, this was a thoroughly enjoyable audio, well worth a credit.

A nice low angst book, just what you need sometimes. I loved both MCs. The narrator was great as always!

Audio: Yes, One of my favorite things! Kale narrating a book by Felice! This audio was a wonderful accompaniment to her heart grabbing, beautiful story. The opening scene was so intense to listen to. Abuse is a difficult subject to tackle, but it was handled very well by this experienced narrator. Be prepared for a riveting first chapter. The audio gave me insight into this disturbing relationship between Morgan and his sadistic ex husband.

Leo's voice was just how I imagined it would be and the scenes with his mother were very dramatic and my heart bled for him. The first confrontation between Leo and Morgan was one of my favorite scenes. I enjoyed hearing their feelings grow for each other.

The whole cast of characters really came to life and I enjoyed every second! The story was not only tender and poignant but had many adorable and endearing moments. This excellent production was such a pleasure to listen to and I absolutely loved every second. I urge you to try this audio book and I know I will be listening to it again!

Story-line: The book was pure perfection. One of my favorite tropes is enemies to lovers and the mcs, were at first glance, so ill suited. I became so invested in their relationship. They both have suffered abuse at different stages of their lives, but the results are painfully similar. Please be advised there is physical violence in the story, along with some intense verbal abuse. Ms. Stevens handled this difficult topic with understanding and realism. I have worked with victims of abuse, and her empathy and knowledge created a very believable and, yes, heart lifting book.
Morgan Cantrell has been living a nightmare. Escaping from a sadistic and warped husband literally saved his life. He is trying to stand on his own two feet for the first time in his life. The spiraling marriage was an endless Ferris wheel ride where he never knew when his spouse would be set off and attack him. Living alone is a new experience and though he is terrified, Morgan realizes it had to be done. Part of making it on his own was finding new living arrangements. He felt he could not keep staying with his dear friends and located a tiny apartment far enough away from his sadistic ex. To say Morgan’s self confidence is hurting is an understatement. I understood—but ached—when he called himself stupid for any mistake he made. Morgan is a bit of a klutz, but I think a lot of this was from years of being torn down both physically and mentally.
The superintendent at his building is so annoyed at this accident-prone man that constantly looks fearful. Leo is a lot to take in at first. He is gruff and combative, and I hated how he first treated Morgan when he moved in. Getting to know Leo’s backstory gives you a greater understanding of his own personal battles that still exist at present.
Neither man knows how to trust. The past weighs heavily on each. I love the subtle changes in the mcs as the story progressed. The relationship brought out the best in each other, and the ending was so satisfying. If you love intense romances with just the right amount of angst, grab this novel of new beginnings.

I fell in love with these two guys! Leo and Morgan appear to be as opposite as can be. When you look below the surface you see how much they really have in common.
Both of the guys have been knocked down by life's blows. Each has suffered and been horribly treated by the very people who should have loved and protected them.
It is understandable that they would have walls around their hearts to protect themselves.
I loved seeing them open up to each other. As they did, they also opened up to the possibilities of more. More love, family, hope, trust!
This story is really about choosing to overcome past pain. Choosing to look at yourself and want more. Choosing love! These two beautifully broken men heal themselves and each other.
As always Felice Stevens creates characters that grabs the reader by the heart!
Kale Williams does an amazing job narrating this story. He brings these characters to life! There is a good reason why he is one of my favorite narrators!

I loved Morgan and Leo’s story! So much so, I knew this was one I had to have in audio. As usual, Kale Williams did not disappoint and he did a wonderful job of pulling me into Morgan and Leo’s story. Kale has such a way of pulling you into a story! He really made you feel how oil and water Morgan and Leo were when they first met! Leo was so grumpy and gruff, and Morgan couldn’t help but snark back. But oh my, that sexual tension between them so THERE! The build up of these two had me turning the pages for more! In between their arguing and Morgan’s clumsiness, an unlikely friendship began to develop. Morgan taught Leo to open up to him and his friends, Leo taught Morgan that he was important. Leo helped Morgan find the himself again, and they were each there for each other when they were needed most. I loved when Morgan stood up for himself and found his confidence again! I’d be remiss if I didn’t mention how much I loved seeing some characters pop in that we’ve met in books past. Their story brought a smile to my face, with a range of emotions that made this story hard to walk away from!

Morgan was lovely and so strong, from being able to leave his husband before he killed him, to putting his life back together and living on his own after a long time living with his friends. I loved that he stood up to grumpy Leo, although I would've loved it more if he hadn't given in so fast after their last row before they got together for good. I liked Leo, but it took me longer to warm up to him. He was just so gruff and angry, which was understandable once we knew him better. Sparks flew whenever Morgan and Leo were in close proximity, be it in lust or anger, and they were certainly hot together.

Kale Williams and Felice Stevens are an amazing combination, so even if I had an ARC for this book, I had to get the audiobook, too. Kale did a fantastic job bringing all the characters to life, even when I was frustrated with Leo. LOL

This was a great book, with two broken characters drawing strength within themselves to find happiness in themselves and each other. It didn't hurt that we got some closure with Morgan's creepy ex, too. We got to see some interesting side characters that I wouldn't mind reading their stories, so I'll be on the lookout and hope to see more of them. Recommendable!

Great Writing.
Great Plot.
Great Characters.
Great Narration, Loving Kale Williams and his Voice.
Such a believable Story.
Just a Really Great Book.
well worth the credit and your time to listen.

I absolutely loved everything about this book! excellent character development and depth of character. Interesting and believable story. Excellent narration. Highly recommend!