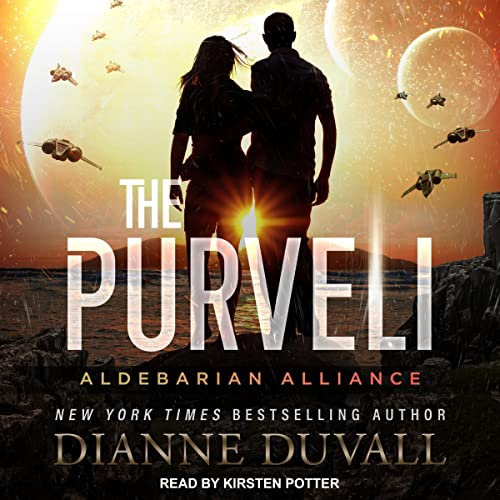 Ava has always been different. She lives a very isolated life until she is offered a job with an obscure network that aids powerful Immortal Guardians in their quest to protect humanity from the psychotic vampires who prey upon them. Life is good. And when her employers invite her to join a group of other gifted ones and a handful of Immortal Guardians on a journey to another planet, it becomes absolutely fantastic.

It's the dream of a lifetime...until a vicious attack lands her alone in an escape pod with no habitable planet in sight and only one ship within range: one that carries the enemy who wants to know why the bioengineered virus they released on Earth long ago didn't exterminate humanity and leave the planet ripe for their claiming.

Jak'ri doesn't know how long he has been a prisoner aboard the Cebaun. Determined to distract each other from the horrors of their existence, they immerse themselves in telepathic communion during the day, then seek solace and adventure together in shared dreams. As their friendship deepens into love, the two hatch a daring plot to escape their captors.

Can Ava and Jak'ri stand against so many and emerge victorious?

Don't get me wrong, it is a good book. If you like the other Immortal Guardians audio/books, you'll most likely enjoy this as well. My problem was that this book felt like it didn't add much to the series. If you've read or listened to 'The Segonian', then you have already met the characters and already know the conclusion to this book,

In summary, I hoped at least part of 'The Purveli' would push the overall timeline forward, and it doesn't. My favorite part of this audiobook was the preview of the next book.

I am a huge fan of Dianna Duvall and everything in the Immortal Guardians world and this is a welcome addition. We meet Ava and Jak'ri during The Segonian and This is their love story. This story overlaps with Lisa and Eliana‘s stories while the Aldebarian Alliance hunts for the rest of the Earth woman. I did love the sneak peek for book 4 as well.

Jak'ri and Ava's adventure from their POV

I enjoyed finding out what happened to Ava after escaping the battle on the Kandovar and her subsequent capture, but I'm disappointed. Most of this felt like a rehashing of the Segonian or useless fillers. This didn't feel like the story moved on at all which doesn't match with Duvall's writing. The other two books delved into the people and culture of each book, this one not so much. I hope the next installment leave me with a more satisfying feeling. Kirsten Potter performance was brilliant, I enjoyed listening to her very much.

And other reviewers agree even when they’re giving it a high rating. I get it, we love Dianne Duvall and the Immortal Guardians, but this book is SLOW. The torture in the beginning is horrendous. It is a sweet love story, if that’s all you want, but there’s little build. This would have been a better novella because there was so little happening through most of the book, a lot of hurry up and wait for the bad guys. I spent most of the book annoyed at the fact that the female lead kept going outside during the day, though she had just turned Immortal. Big plot gap that should have been addressed sooner. Also, she was barely honest with the man she fell in love with about the changes that came along with being Immortal and it’s not believable that she turned with 2 bags of blood and didn’t need more until right at the end. It never addressed if Purvelli blood could sustain her. This was just a miss and her editor should have caught the obvious gaps for her regular readers. Like others said, the best part of the book is the next book preview…..

I own every audible book in the series. I love them all. This one story was a bit repetitive. A little slow in the first half. Not much action. A sweet love story though. Not the usual I expected.

This is a great continuation of the Immortal Guardians. Can not wait for more books. KLN

I love everything Dianne Duvall writes. All ready waiting for the next ... If you haven't read them all.

I can never get enough of this series there's always something new. As always I can't wait for the next adventure.

I loved this book. I can't wait for the next. 1 error "Abby" not Adira.

I’ve started to really love this series, this was a darker book that let you really see how nasty the captures are and how they unknowingly unleashed their downfall on themselves :) the sneak peak for book for makes me so ready for book 4 it’s gonna be great!