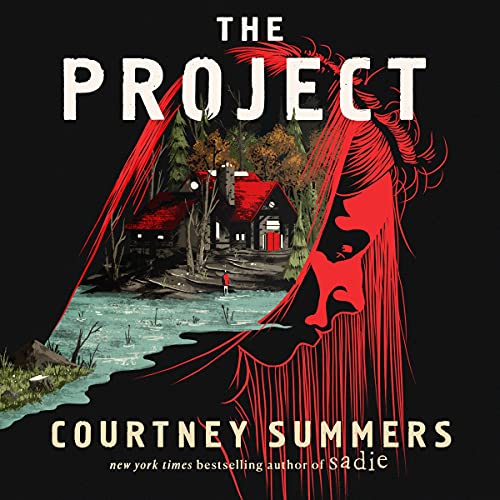 "This audiobook is essential listening. Narrators Therese Plummer and Emily Shaffer shine as Lo and Bea Denham, two teenage sisters whose lives are upended when their parents are killed in a car accident." (AudioFile Magazine)

From Courtney Summers, the New York Times best-selling author of the 2019 Edgar Award Winner and breakout hit Sadie, comes her electrifying follow-up - a suspenseful, pulls-no-punches story about an aspiring young journalist determined to save her sister, no matter the cost.

Lo Denham is used to being on her own. After her parents died in a tragic car accident, her sister Bea joined the elusive community called The Unity Project, leaving Lo to fend for herself. Desperate not to lose the only family she has left, Lo has spent the last six years trying to reconnect with Bea, only to be met with radio silence.

When Lo’s given the perfect opportunity to gain access to Bea’s reclusive life, she thinks they’re finally going to be reunited. But it’s difficult to find someone who doesn’t want to be found, and as Lo delves deeper into The Project and its charismatic leader, she begins to realize that there’s more at risk than just her relationship with Bea: her very life might be in danger.

As she uncovers more questions than answers at each turn, everything Lo thought she knew about herself, her sister, and the world is upended. One thing doesn’t change, though, and that’s what keeps her going: Bea needs her, and Lo will do anything to save her.

"The narrators beautifully build suspense, and the intensity never falters. This is one of those compelling audiobooks that will have listeners driving around or walking an extra block just so they can listen longer." (School Library Journal, starred review)

"[A] deeply disconcerting investigative thriller that seems unassuming but worms under the skin and into the mind." (Booklist, starred review)

I love this book. It is good from start to end. Five stars for sure.

I listened to the audiobook for this one and immediately purchased a physical copy when I was done. From the beginning, I couldn’t stop and get this book out of my mind; I had to finish it. Summers is a favorite author of mine because she knows exactly how to lure me in and keep me coming back for every punch her books throw. The Project is a roller-coaster that follows a young woman, Lo, in search for her sister, Bea, that joined a religious group. It is written in parallel timelines from the viewpoints of both sisters as they experience The Unity Project. This story really demonstrates to me how the influence of a single strong personality can warp someone’s entire viewpoint on life.

Not worth the hype

Admittedly, I didn’t love Sadie, but I thought it was a great first effort. However, this sophomore attempt isn’t an improvement. In fact, it feels like Sadie II and not in a good way. The characters are underdeveloped, and I found I just didn’t care about them. The cult plot has maybe been overdone in the past few years, and it feels stale here. Save your credit!

this book was a huge disappointment. especially the ending. the climax literally happens off page and then everything is just fine.

Overall a captivating story; that kept my attention throughout- but it felt like the ending was rushed

The idea of following a person as they are manipulated into joining a cult is interesting, but too much is left out for the story to be satisfying. The narrator for Lo sounded nothing like a 19-year-old, and the character of Bea could be replaced with a locked door. So many choices made by Lo were obviously awful, but everything I’ve mentioned so far was better than the ending. It’s like they deleted the climactic scene and then jumped into something schmaltzy that had literally zero impact on the story. I wanted more, but not more of the same.

Went into this with an open mind. I liked it but probably won’t read it again. They could’ve picked a better narrator for Lo, she sounded too radio talk show host if you get what I mean. Idk the voice just didn’t work for me. Didn’t like the ending, the time jumps were hard to keep up with at times.