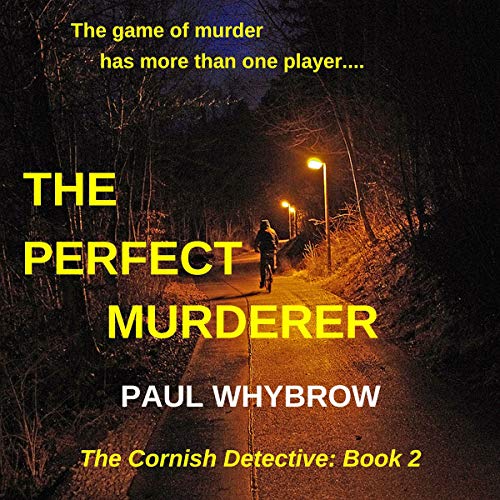 Book two of The Cornish Detective series - a double-length investigation.

A serial killer, known as The Watcher, is terrorizing the small market town of Liskerrett, Cornwall, and the surrounding area, taking victims seemingly at random and with great expertise.

Neil Kettle is running a major murder investigation as he struggles with depression, a delayed reaction to the accidental death of his wife four years ago.

Three people have been murdered - a child, an old woman, and an American tourist - all dying by different methods. The perpetrator is playing a game, one as old as time. He's a fantasist, but is he a psychopath? His killing skills suggest military training - he might have PTSD.

A master of disguise, he never appears the same way twice when spotted in public on CCTV, imitating women and disabled war veterans. Neil's detectives have close encounters with the killer, not realizing who he is. He could be targeting them.

It's almost Christmas, and Liskerrett is busy with thrill-seeking ghouls visiting the murder scenes and hampering the hunt for a murderer who kills perfectly. Neil and his team of detectives are under enormous pressure to catch the killer, for Liskerrett is already being referred to as "Murder Town".

The investigation becomes even more complicated when MI5 and the FBI take an interest. They provide Neil with useful information about the perpetrator, but what are they keeping secret?

Neil feels isolated in command, his only friends the forensic pathologist Christie Cook, known as CC, and his father-in-law, the retired chief detective Roger Rule, an autocratic control-freak with a heart of ice. But, Roger was a highly successful murder investigator, so Neil turns to him for advice.

Then, another murder happens, which doesn't fit the pattern. A second killer has joined in.