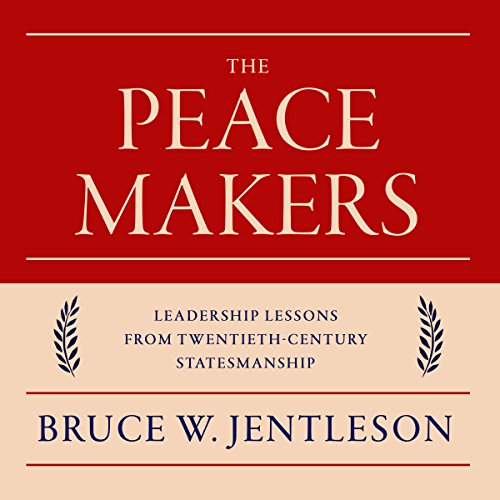 In The Peacemakers, a kind of global edition of John F. Kennedy's Profiles in Courage, Bruce Jentleson shows how key figures in the previous century rewrote the zero-sum and transactional scripts they were handed and successfully prevented conflict, advanced human rights, and promoted global sustainability.

Covering a broad range of historical examples, from Yitzhak Rabin's efforts for Arab-Israeli peace to Dag Hammarskjöld's effectiveness as secretary-general of the United Nations and Mahatma Gandhi's pioneering use of nonviolence as a political tool, Jentleson argues that individuals can shape policy - because they have. For each leader, Jentleson tells us who they were as an individual, why they made the choices they did, how they pursued their goals, and what they were able to achieve.

An ambitious book for ambitious people, The Peacemakers is a useful guide for anybody who wants to achieve meaningful change on the global stage.

Nice to focus on world leaders

A good book Focusing both on political leaders and people who make a change in the world. I enjoyed hearing about contributions from people from different places.