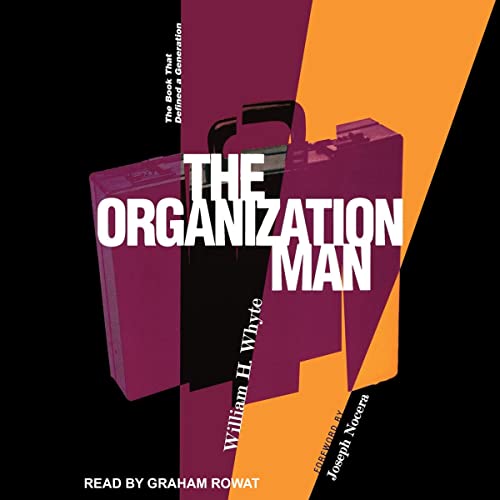 Regarded as one of the most important sociological and business commentaries of modern times, The Organization Man developed the first thorough description of the impact of mass organization on American society. During the height of the Eisenhower administration, corporations appeared to provide a blissful answer to postwar life with the marketing of new technologies - television, affordable cars, space travel, fast food - and lifestyles, such as carefully planned suburban communities centered around the nuclear family. William H. Whyte found this phenomenon alarming.

As an editor for Fortune magazine, Whyte was well placed to observe corporate America; it became clear that the American belief in the perfectibility of society was shifting from one of individual initiative to one that could be achieved at the expense of the individual. With its analysis of contemporary working and living arrangements, The Organization Man rapidly achieved best seller status.

Since the book's publication, the American workplace has undergone massive changes. This "new economy" appeared to have doomed Whyte's original analysis as an artifact. But the recent collapse of many start-up businesses, gigantic mergers of international conglomerates, and the reality of economic globalization make The Organization Man all the more essential for understanding today's global market.