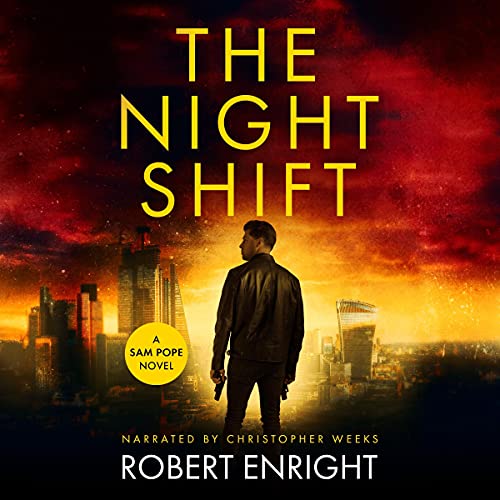 The Amazon number one best seller

A terrorist attack. A rogue soldier. A relentless hunt for the truth.

Sam Pope was one of the UK’s finest soldiers, serving over a decade as an elite sniper. After a near fatal shooting brings an end to his career, Sam returns home to his family and a potential new career in the Metropolitan Police. When disaster strikes and his bond with his family is broken, Sam takes a job as an archive officer within the Met, hunting down criminals that have beaten the system and delivering his own brand of justice.

When a terrorist attack at the London Marathon shakes the city to its core, Sam decides to open his own line of investigation. Venturing into the world of organised crime and police corruption, Sam soon finds himself as the number one target…and faces a race against time to expose the truth.

Fans of Lee Child, Mark Dawson, Robert Ludlum, and Vince Flynn who are looking for their next action hero will be thrilled by The Night Shift, the first book in the Amazon number one best selling series.

Grab your copy and join the best-selling series. The fight awaits...

The punisher, Paul Kersey, orphan x, all the heroes who continue to fascinate and entertain us