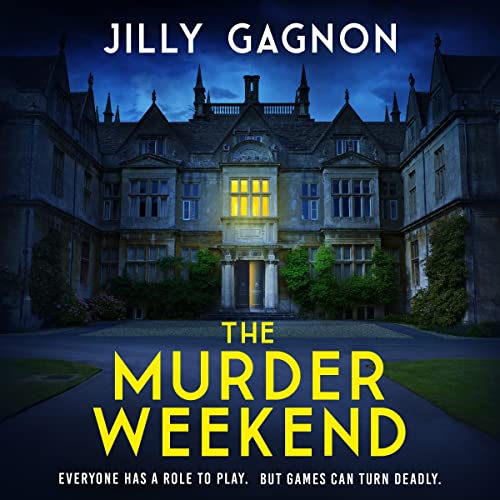 Told over a nail-biting forty-eight hours and interspersed with in-game clues, set pieces and character histories from the flapper-filled mystery nested inside a modern one, The Murder Weekend is a loving tribute to classic whodunits and a riveting exploration of the secrets we keep in order to sustain the act.

Welcome to the Crooner Estate. We know your stay will be deadly fun.

A remote hotel. A murder mystery. A missing woman. Everyone has a role to play, but what's real and what's part of the game?

A twisty and fiendishly clever novel, perfect for fans of The Guest List and Knives Out.

Published in the USA as All Dressed Up.

The weekend getaway at the gorgeous manor hotel should have been perfect. But Becca is freshly smarting from her husband Blake's betrayal and knows this is just an expensive attempt at an apology. She may not be ready to forgive him, but the drinks are strong, the estate is stunning and the weekend has an elaborate 1920s murder mystery theme. She decides to get into the spirit of things and enjoy their stay. What could go wrong?

Before long, the game is afoot: famed speakeasy songstress Ida Crooner is found 'murdered', and it's up to the guests to sniff out which of them might be the culprit. Playing the role of Miss Debbie Taunte, an ingenue with a dark past, Becca dives into the world of pun-heavy clues, hammy acting, and secret passages, hoping to at least take her mind off her marital troubles.

Then, the morning after they arrive, the actress playing Ida's maid fails to reappear for her role. The game's organizer—that's Miss Ann Thrope to you—assumes the young woman's flakiness is to blame, but when snooping for clues as 'Debbie', Becca finds evidence she may not have left of her own free will.