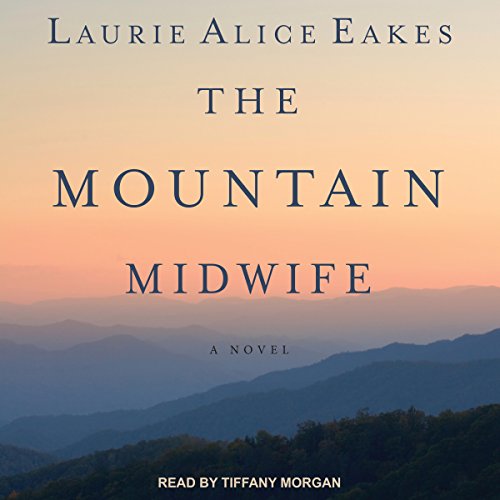 For nearly 200 years, women in Ashley Tolliver's family have practiced the art of midwifery in their mountain community. Now she wants to take her skills a step further, but attending medical school means abandoning those women to whom she has dedicated her life, the mountains she loves, and the awakening of her heart.

Ashley Tolliver has tended to the women of her small Appalachian community for years. As their midwife, she thinks she has seen it all. Until a young woman gives birth at Ashley's home and is abducted just as Ashley tries to take the dangerously bleeding mother to the nearest hospital. Now Ashley is on a mission to find the woman and her newborn baby...before it's too late.

Hunter McDermott is on a quest - to track down his birth mother. After receiving more media attention than he could ever want for being in the right place at the right time, he receives a mysterious phone call from a woman claiming to be his mother. Hunter seeks out the aid of the local midwife in the mountain town where the phone call originated - surely she can shed some light on his own family background.

Ashley isn't prepared for the way Hunter's entrance into her world affects her heart and her future. He reignites dreams of having her own family that she has long put aside in favor of earning her medical degree and being able to do even more for her community. But is it commitment to her calling or fear of the unknown that keeps her feet firmly planted in the Appalachian soil? Or is it something more - fear of her growing feelings for Hunter - that makes her hesitant to explore the world beyond the mountains?

A clean, interesting but not preachy book

I have had home births and coached a number of home and hospital births, so I am a sucker for such stories. Other than her negative feeling, which has some merit, but was overdon where herbs and traditional medicines are concerned, the author told a story of Apalachian Virginia. Though it is the 21st century, many of the residents live in the poorest of conditions. Yet they are good, hardworking people and the midwife, though well educated does not look down on them.

There is a mystery which runs through the book concerning an emergency delivery and the disappearance of both mother and baby immediately after the birth. Ashley, the midwife longs for a chance at medical school but is conflicted about her commitment to the women in the community. The story unfolds nicely and the ending is lovely and satisfying. Though Ashley has high moral standards, she does not chastise others who find themselves in difficult situations due to unwed motherhood or affairs.

I hesitated about buying this book but am glad I did. Nothing is a better weekend read than a book about the lives of women who work together and support one another through the tough times in life. There is a nice romance in the book, but it is not mushy or corny. I likely will read this again some time in the future.

This was a beautiful story and the narrator did a lovely job, but I was very disappointed with the ending. It was rushed and this story deserved more more than a 5 minute wrap up.

Left saying “that was the end?!”

Let me start by saying this was my first book by this author. I liked this book until the end. The entire story was a slow build with an emphasis on character development, which I liked, but then the ending was way too abrupt and didn’t really resolve almost ANY of the questions the reader was following along with throughout the entire book! So frustrating and felt like a totally cheap way to end. I was a bit disappointed, but overall I liked the story in this book a fair amount. I felt invested in several of the characters and I’d love to know what happened to them.

Also have to say, it was a little annoying to me that the male main character seemed to always be trying to talk the female lead character out of pursuing her dream (of attending Medical
School so she could better serve her community). It just bothered me, and it came up more than once in the story. Also worth noting that I felt like a lot of the “advice” of this supposedly experienced midwife seems pretty basic, to the point that it rubbed me the wrong way. She seems hyper focused on what her patients eat, constantly harping on people to eat more or eat more “healthy” things, in addition to chastising patients for having emotions (“it’s not good for the baby!”). I don’t have an eye roll big enough for that. It just seemed to be sort of empty advice that detracted from the story rather than enhanced it.

One thing I appreciated was the inclusion by the author of a mother experiencing a miscarriage. As someone who has personally experienced miscarriage, it was nice to feel like that component of the main character’s practice was recognized and normalized. Kudos to the author for writing that experience in.

Well written story that is clean and entertaining.

I found this story to be well written with unexpected twists and turns. I LOVE a good, clean story that is unpredictable! My only critique is that there are a few instances when the narrator repeats a few sentences. However, this must be due to oversight of the production and not the fine narrator or the story itself. I am looking for another story by the same author. I am also looking for another story by the same narrator, who consistently conveyed the character's voices and nuances. Well done! Thank you!

Though it feels rushed at the end. Several repeats throughout performance. Good character development though.

more of a romance

The narration was stiff at the beginning but got better. Interesting story for the most part

Enjoyed the story but not the lack of editing

I really enjoyed the story and narration but wished they had caught and removed the parts of repetition. That was distracting and made it come across as unpolished.

Great book and sold by a great narrator. Every night as i did dinner dishes or before going to bed. i turned on this book and i was taken away into the mountains and in to the life of this mid-wife. i looked forward to evenings of listening. i couldn't wait for bedtime. i was sad when it ended i wanted to know more.

the narrator was great, she did a great job with the different voices.
the story was so good it was hard to put it down.
I was sad when the story ended, I would love to hear how the rest of the story went.

The midwifery was def interesting and I enjoyed the struggles and joys of this contemporary midwife in the rural life of VA.
Started a little slow with details and character building of people I couldn’t keep straight however over all I liked the story and was looking to see if this was a series.
Strong points- clean romance, good storyline