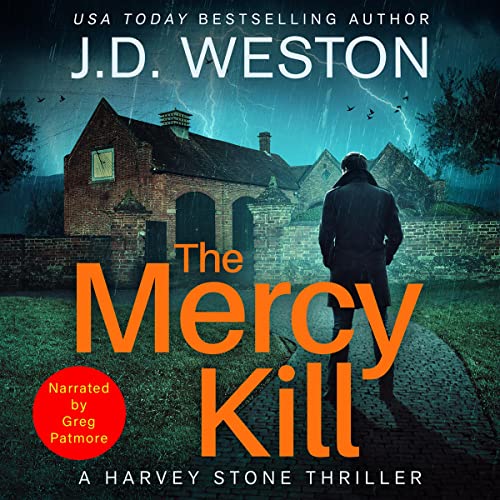 To light the way ahead, he must burn his past...

When Harvey Stone betrays his foster-father, John Cartwright, by failing to carry out one of his bloody requests, a series of events unfold, opening doors to the past that should have remained closed for eternity. A killer is awoken, and his sights are set on revenge.

Racked with guilt, Harvey takes one last glance at the house where he and sister grew up before turning his back on the family that raised him, setting a course to find his sister’s killer. Little does he know, his betrayal has endangered everyone he loves, and that glance may have been his last.

But his fragile state of mind leads him into a bloodbath. Surrounded by police, he has just two options - run and live like the rats that he hunts, or face his demons and return to make amends. The question is, are any of his family still alive?

The Mercy Kill is the third book in the brand-new crime thriller series from J.D. Weston, author of the Stone Cold Thriller series and the Frankie Black Files. Perfect for fans of David Baldacci, Lee Child, and Michael Connelly.