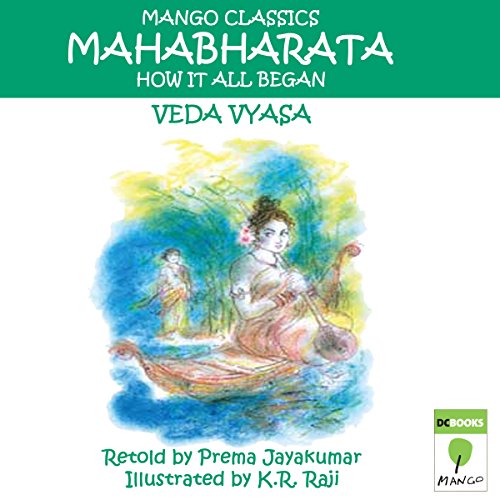 If there ever was an epic that has touched upon every conceivable human emotion and posed the most complex questions, it has to be the Mahabharata, the story of a great war fought in the name of dharma.

The rivalry between the Pandavas and the Kauravas, the royal cousins who fought for the throne at Hastinapura, ended in a great war. Was it the eldest Kaurava Duryodhana's resentment toward his cousins that sparked the flame? Or was it the eldest Pandava Yudhishtira's belief that he was the rightful heir to the throne? Or was it the force of elements beyond their control that nudged them toward a preordained path? In the first of this three-part series, meet the many characters who played their parts big and small in escalating the tension between the sons of two royal brothers. Discover how it all began.

the story itself is illuminating, the precursor to the bhagavad gita, the sound was not what is expected (based on what has been revived in the countless other audible books i have purchased), very hollow amd tiney. Although i thoroughly enjoed the story (s) .