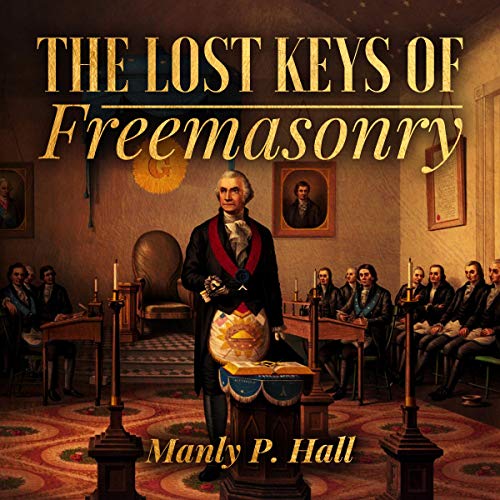 The Lost Keys of Freemasonry

The Lost Keys of Freemasonry

Freemasonry, though not a religion, is essentially religious. Most of its legends and allegories are of a sacred nature; much of it is woven into the structure of Christianity. We have learned to consider our own religion as the only inspired one, and this probably accounts for much of the misunderstanding in the world today concerning the place occupied by Freemasonry in the spiritual ethics of our race. A religion is a divinely inspired code of morals. A religious person is one inspired to nobler living by this code. He is identified by the code, which is his source of illumination. Thus we may say that a Christian is one who receives his spiritual ideals of right and wrong from the message of the Christ, while a Buddhist is one who molds his life into the archetype of morality given by the great Gautama, or one of the other Buddhas. All doctrines that seek to unfold and preserve that invisible spark in man named Spirit are said to be spiritual. Those which ignore this invisible element and concentrate entirely upon the visible are said to be material. There is in religion a wonderful point of balance, where the materialist and spiritist meet on the plane of logic and reason. Science and theology are two ends of a single truth, but the world will never receive the full benefit of their investigations until they have made peace with each other, and labor hand in hand for the accomplishment of the great work - the liberation of spirit and intelligence from the three-dimensional prison-house of ignorance, superstition, and fear.