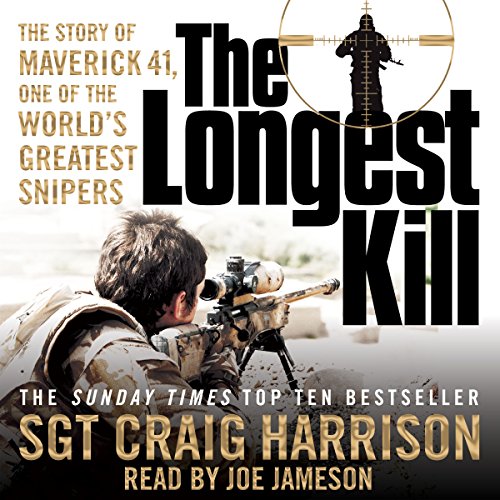 It takes a tough mind-set to be a successful sniper, to be able to dig in for days on your own as you wait for your target, to stay calm on a battlefield when you yourself have become the target the enemy most wants to take out. Craig Harrison has what it takes, and in November 2009 in Afghanistan, under intense pressure, he saved the lives of his comrades with the longest confirmed sniper kill - 2,475 metres, the length of 25 football pitches.

In this unflinching autobiography, Craig catapults us into the heat of the action as he describes his active service in the Balkans, Iraq and Afghanistan and gives heart-stopping accounts of his sniper ops as he fought for his life on the rooftops of Basra and the barren hills of Helmand Province. Craig was blown up by an IED in Afghanistan and left battling severe PTSD. After his identity was revealed in the press, he also had to cope with al-Qaeda threats against him and his family. For Craig, the price of heroism has been devastatingly high.