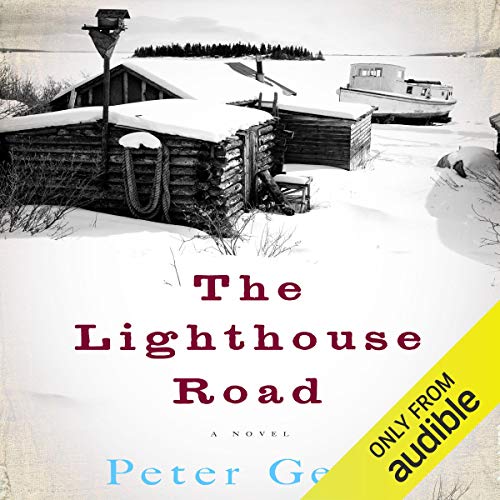 The story moves back and forth in time from the arrival of Thea from her isolated village in arctic Norway in search of a new life in the near wilderness of a small town and logging camp on the shore of Lake Superior to the travails of her orphaned son, Odd, some twenty years later. When Thea’s aunt and uncle do not meet her boat as planned, she’s initially left abandoned with no money or prospects and without speaking the language. Befriended by a local businessman and apothecary with secrets of his own, she obtains work as a cook in the nearby logging camp. While living through one of the coldest and threatening winters in memory, she is raped by an itinerant peddler and petty criminal. She delivers the baby in a blinding snowstorm the next fall, attended by her original benefactor and his daughter, who is also the town’s surgeon and midwife, but she soon dies of childbirth complications. The apothecary, Grimm, takes the infant into his household and the boy is raised more or less by the entire town, eventually growing up under Grimm’s influence to be a fisherman, smuggler for Grimm’s whiskey trade, and a boat builder. Still, he struggles to find himself and to reconcile the loss of his mother, and he becomes increasingly troubled by Grimm’s criminal enterprises and dirty secrets until an unlikely love affair puts everything on a collision course.

The narrator uses New York Yiddish to mimic Norwegian accent- sometimes sounds as if a Mafia hit man is talking when trying to sound Scandinavian. Overall would have been easier to listen to if no accents had been attempted.

Rather bleak and depressing from beginning to end. Narration is good. Not quite sure what point the author was trying to make.

I was slow getting into it

I found it slow to get into this book but it was worth listening to.

I just could not grab the heart of the book or it mine. Kind of monochrome. I had to keep putting it down.
I will come back and listen again, maybe just not the right time.

At the beginning of this book I couldn’t figure out where it was going, but as I continued could not quit listening and found myself wanting more and sad that it was over. However the ending was well done with a surprising twist. It is an amazing read for someone who enjoys family history and the twists and turns in people’s lives.

Od survived. Maybe Harry will too. Most of the characters lacked substance. How could a Mother and Father send there daughter miles away and not seem to care.?