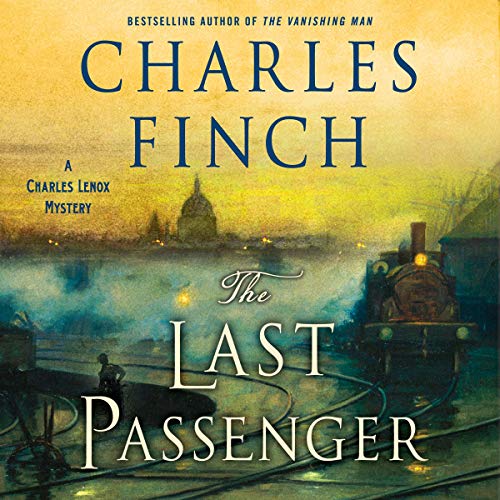 "No mystery writer except perhaps Anne Perry is as successful as Charles Finch at evoking the atmosphere of Victorian London." (Washington Post)

From best-selling author Charles Finch comes the third and final in a prequel trilogy to his lauded Charles Lenox series.

London, 1855. A young and eager Charles Lenox faces his toughest case yet: a murder without a single clue. Slumped in a third-class car at Paddington Station is the body of a handsome young gentleman. He has no luggage, empty pockets, and no sign of identification on his person. And putting together the clues to the mystery of the man's identity only raises more questions, when Lenox discovers that the crime has a significant connection to America.

As he seeks to solve this impossible case, the young Lenox must confront an equally troublesome problem in his personal life. Kitty Ashbrook, beautiful and cultured, appears to be his soulmate - but love comes with obstacles of its own. In tandem, this fiendish early case and passionate, deeply felt affair will irrevocably shape the brilliant detective and thoughtful gentleman Lenox is destined to become.

Written in Charles Finch's unmistakably witty and graceful voice, The Last Passenger is a cunning, thrilling, and deeply satisfying conclusion to this trilogy of prequels to his best-selling Charles Lenox series.

Latest in this great series

It is always such a pleasure to listen to this author, It is stylish, elegant, witty. One of the best series written today.

I check my series every year to see if another book has been recorded. I was delighted to see another Charles Lenox Mystery. This one did not disappoint.

Suggest this novel is identified as one of the prequels as it pre dates the first book published in terms of chronology. As the daughter of a mystery writer, I love all mysteries and particularly well researched historical mysteries. And Finch adds a nice bit of anecdotal interest with his historical wordsmithing! Somehow his narrator has tempted me to move to his audiobooks which really bring his stories to life - brilliantly done.

This one in the series was written after most of the series was written -- it goes back and inserts an earlier stage in Lennox's life and includes a lot of history on slavery - which is probably why it reads more as a documentary than a mystery. The writing itself is of the same gracious, soothing quality as the others. It's just fairly predictable and, kind of, nothing happens.

One of the best in the series

A gentle story, despite being about several murders and the slave trade. It is the kind concern that the characters show each other, the development of the main character, Charles Lennox, and the descriptions of the London of the 1850s which carries the story along. Also, the reader is pitch perfect, a kind and melodious voice, if a bit awkward, much like Charles Lennox himself.

Each one better than the last

This was a wonderful story. Touching in many ways. Well-written, well-performed. Such wonderfully well-developed characters.

May Be His Best One Yet

While much of the subject matter is indeed very horrific, the story in itself is superb. While I pretty much figured out the guilty party and the ending fairly early on, this did not in any way detract from the story nor my enjoyment thereof. The author’s wit, and its interpretation by James Langton, is just wonderful. And the “voices” of Charles, Lady Jane, and Graham are so good you can just see them. As I probably mentioned while reviewing the other two prequels, I normally don’t like stories that revert to the past. While all three were believable, this one truly brought the characters, and “Charles” the detective, full circle. Will be anxious to see where the other “Charles” picks up the story where it left off three books back!