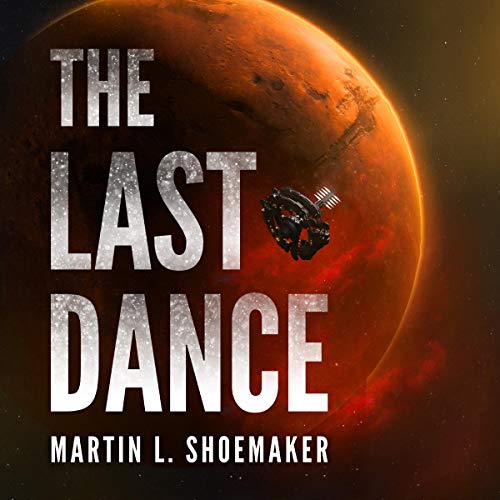 At the heart of a mystery unfolding in space, the opposing forces make a treacherous journey between Earth and Mars.

In space, mutiny means death - that’s why Inspector General Park Yerim is taking her investigation so seriously. The alleged mutineer is Captain Nicolau Aames, whose command of the massive Earth-Mars vessel Aldrin has come under fire. The vast System Initiative says he disobeyed orders, but his crew swears he’s in the right.

En route to Mars, Park gathers testimony from the Aldrin’s diverse crew, painting a complex picture of Aames’s character: his heroism, his failures, even his personal passions. As the investigation unfolds, Park finds herself in the thrall of powerful interests, each pushing and pulling her in a fiery cosmic dance.

Corruption, conflicting loyalties, and clashing accounts make it nearly impossible to see the truth in fifty million miles of darkness, and Park faces danger from every direction. All eyes are on her: one way or another, her findings will have astronomical implications for the Aldrin and the future of space travel.

"The production uses an ensemble of eight narrators, most of whom play characters who lend their perspective on events.... Thanks to narrator Natalie Naudus's portrayal, listeners can hear every bit of Park's inexperience and doubt as she strives to unravel the ALDRIN's secrets. The rest of the narrators skillfully fill in the gaps of this complex mystery. The result is one exciting ride into the dangers of space." —AudioFile Magazine

The cycler ship Aldrin is populated by a crew so believable they seem like someone you know or would at least like to know. The interactions between these characters were powerful and complex, dragging me into the narrative quickly, so when we find they are all in trouble for supporting the actions of their mutinous captain I was immediately invested. And the scale of the issues and associated mysteries needed a space ship captain that was bigger than life and Nick Aames' persona fits the bill perfectly. Shoemaker's did his homework and that shows in this realistic and accurate portrayal of humanity's near future in space. It makes me want to go into space even more...yes even if I were commanded by Nick Aames.

If I could give a higher rating I would! Excellent

It has been a long time since I’ve listened to a book as good, as great, as this one. Performances were flawless. The format, a series of memories following a present day storyline, was flawlessly executed. The characters have depth, especially the infamous captain. It kept me up all night as I binged it, and I Regret none of the sleep I lost in this blend of sci-fi, legal and criminal investigation novel. I appreciate the diverse characters from the stoic yet passionate Nigerian to the young South Korean female investigator who stood against more powerful forces against her. The characters were successful because of their grit, good character, and hard earned successes. As a Korean American female, this resonated with me. Highly recommend!

It's an interesting story structured in an interesting way. It has a well developed plot, characters, and it reflects the eternal problem of building and sustaining lasting communities and structures in the face of wealthy special interests.

The author definitely took his time to create the world in his novel which made it an enjoyable read for me. It probably could have been 12 hours and just as good but there are a lot of moving pieces. The book is clean with a few modest sexual references... I don't care about the orientation of the characters nor do I begrudge the author for including it. Looking forward to the second book!

Martin L Shoemaker turns in a tour de force with The Last Dance.

I'm a big audiobook fan, but I rarely find myself driving around the block or sitting in my car to finish an audiobook.
But, here I am in the parking space outside the gym, listening to the last chapter of The Last Dance.

The story is riveting, told from the perspective of a colorful cast of characters who you grow to love (and, maybe hate one or two of them). The narration is excellent.

This is one audiobook you'll listen to over and over.

I truly hope we get to visit these characters and their world again, soon.

The book started out very interesting and held my attention.

As it droned on, I found myself skipping sections that did not add to the story. With a strong editor, this story could have been tighter and about a 1/3 shorter.

Somewhere along the line, it felt as if the author had a good grasp on the story he wanted to tell and then he lost the plot....literally. The story started to meander away from the basic plot line.

To sum it up, this tale had more sidelines and character tales than needed.

Would I listen again? Probably not. If bored enough, maybe - but really seeking it out as a story I want to revisit - no.

Narrators? Most were great with the exception of the woman who gave voice to Park. The mispronounced words - the overemphasis on certain words - were distracting and added nothing to the narration.

Would I recommend this book? Unlikely.

Overall - this book should have been better and it was frustrating that it wasn't.

Good but some parts are a little over the top

Decent story but some parts are stretching the limits of fiction. Would be nice if the author had some more believable scenarios to move the plot along.

This book proved much more interesting than I expected when I purchased it. I enjoyed the way the story was presented as a series of anecdotes that showed how those who worked with Captain Aames--the primary subject under investigation. It was well narrated and the ending was not only a surprise, but was a natural development based on the various testimonies given.

An investigation into an interesting character, told through different narrators compiled into a volume of smaller stories. However, I will admit none of the stories feel well-paced. The Bosun's story felt drawn out and dry whereas the Commander's story felt short and somewhat inconsequential. Despite that, it's incredibly entertaining. There's an excellent story here. It's very well grounded for a space opera, and I felt gradually closer to the edge of my seat every chapter until the end.

I must bestow upon this title what I consider to be the best compliment for a science fiction story. This book is very Heinleinian! I cannot wait for the next book in the series to come out! YAY! :)