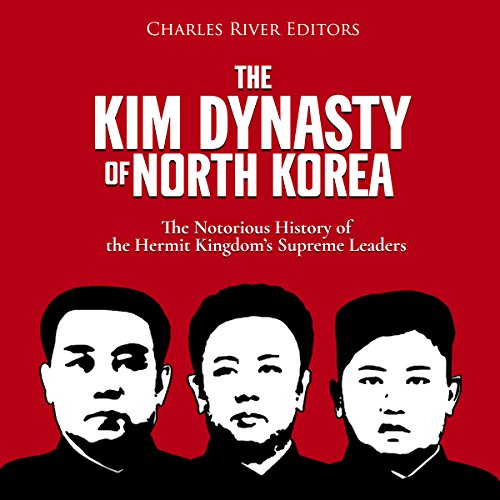 The Kim Dynasty of North Korea

The Kim Dynasty of North Korea

"We are of a single nation, of the same blood, but forcibly divided." - attributed to Kim Il-sung

North Korea has long been the butt of jokes, and it has been a longstanding target of international criticism, but the startling satellite image was anything but amusing, for it demonstrated the truly catastrophic conditions North Koreans find themselves in. Statistics show that the average South Korean uses up to 10,162 kilowatt hours of power per year, whereas their neighbors in the north consume only 739. This is only one among a slew of stumbling blocks affecting the state, impeding it from proper progress.

The mismatching network of sprawling yet lifeless cities and squalid, poverty-stricken provinces stands eerily silent next to the bustling metropolises on either side of it. North Korea is trapped in an impenetrable, soundproof bubble, the entire state frozen in time. Notwithstanding a fractional sliver of the capital, where the Supreme Commander and the North Korean elites resided, the faded Pyongyang skyline and its blocky, monotone buildings - while a vast improvement from the rest of the state - seem to be lifted straight out of the '70s at best.

So why is North Korea so starkly different from its neighbors when nothing more but mere borders separate them? A tyrannical lineage secured by nepotism. An entire nation indoctrinated by chilling, mind-boggling propaganda, molded by fear and forced ignorance. Mass purges doled out seemingly on whims, without fair trials. Unparalleled paranoia and cold-blooded assassinations left and right, seemingly around every curve and corner. An impoverished sphere of barren wastelands inhabited by malnourished masses, orbiting a world glittering with the gross opulence and superfluous riches of the elite. These sound like the elements of a particularly perilous period of autocracy enforced by some mad monarch of a bygone era, or perhaps a generic blurb for a far-fetched thriller set in a dystopian future. Alas, the description matches the modern state of North Korea almost flawlessly.

To say that the so-called Supreme Commanders of North Korea have been sticklers for submission would trivialize the more-than-troubling state of affairs that has plagued this precarious place for decades. The fearsome Kim regime, though relatively fresh in comparison to powerful dynasties that lasted for centuries, has become one of history's most controversial bloodlines, and not without cause.

not much new here. reading isn't great. slips into some 'interesting ' attempts to sound 'Korean' in the last couple of chapters.