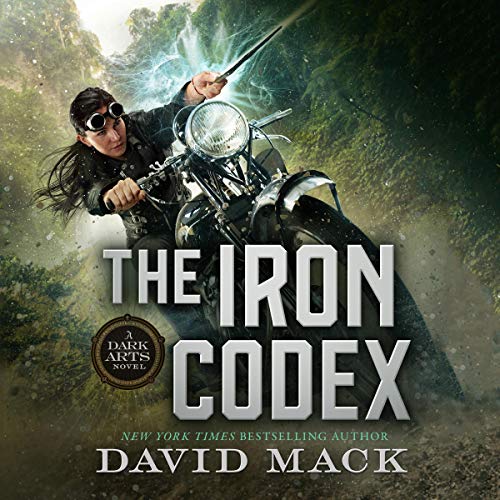 It's 1954: Cade Martin, hero of the Midnight Front during the war, has been going rogue without warning or explanation, and his mysterious absences are making his MI-6 handlers suspicious. In the US, Briet Segfrunsdóttir serves as the master karcist of the Pentagon’s top-secret magickal warfare program. And in South America, Anja Kernova hunts fugitive Nazi sorcerers with the help of a powerful magickal tome known as the Iron Codex.

In an ever-more dangerous world, a chance encounter sparks an international race to find Anja and steal the Iron Codex. The Vatican, Russians, Jewish Kabbalists, and shadowy players working all angles covet the Codex for the power it promises whoever wields it.

As the dominoes start to fall, and one betrayal follows another, Anja goes on the run, hunted by friend and foe alike. The showdown brings our heroes to Bikini Atoll in March 1954: the Castle Bravo nuclear test.

But unknown to all of them, a secret magick cabal schemes to turn America and its Western allies toward fascism - even if it takes decades....

David Mack newest entry in his dark arts series, is another fantastic journey back in time. This time the cold War is raging, and the magic user of the world are trying to cause and prevent Armageddon. Think Grown up Harry Potter, meets Band of Brothers, meets black widow.

Great story by one of my favorite authors, and Natasha Soudek did an amazing job narrating it, especially on all the accents. She skillfully brought real heart and soul into these already cool and exciting characters, and made it feel like they were all here in the room with me. Absolutely loved it! And I love her voice! Thank you David and Natasha for a thrilling ride!

I still have a hard time believing that Trixim died. I was prepared for it this time, but when I read it first, I was shocked. SHOCKED.

Not as good as book 1 but I still think it was very good. The magic system is original and well thought out. Character development and plot are very well done. Natasha Soudek is the best female narrator in the business. If you like book 1 you'll really enjoy the Iron Codex.