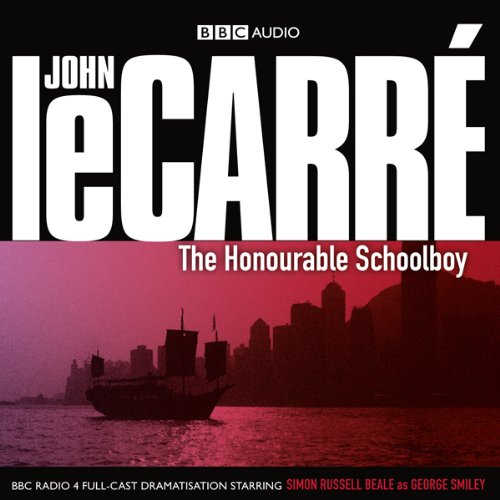 George Smiley has become acting chief of the Circus, but the credibility of the British Secret Service has been shattered. Smiley's adversary is Karla, the Soviet officer who masterminded the Circus's ruin. His battleground is Hong Kong and his choice of weapons is the Honourable Gerald Westerby.

A brand new Radio 4 full cast dramatisation of the classic George Smiley novel by John le Carre, starring Simon Russell Beale. This is the sixth in the major new series of all eight George Smiley spy thrillers on radio.

Haven't read or listened to any of le Carre's novels, but did hear a dramatization of a Murder of Quality, which I thought was quite good. In this one, I found the male voices to be awfully similar and I wasn't always sure who was speaking. Plotwise, I enjoyed the first half, but thought it degenerated into silliness with a ridiculously melodramatic ending. So I can't recommend this dramatization.

Beautifully done but was hoping to find an actual reading of the book. These dramatisations only take you so far into the book.

Dramatisation at its best

I've listened to unabridged readings of Le Carre, watched movie adaptations of Le Carre, and even read some of his books too... enjoying all. These BBC dramatisations are pretty faithful to the characters and times in those tales. Personally - they are some of my favourite recordings and are worth listening to more than once, up there (for me) with the classic dramatisations of the Lord of the Rings and Sherlock Holmes featuring Clive Merrison.