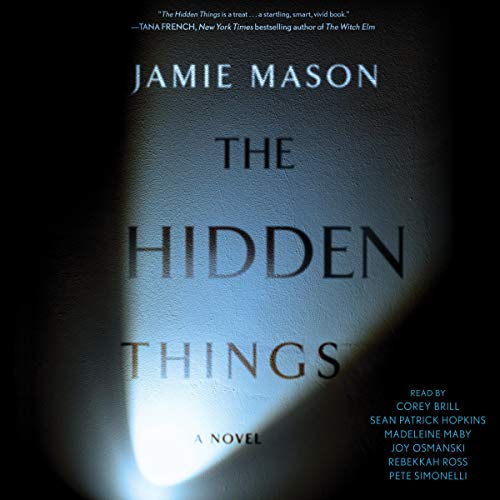 A hair-raising, atmospheric thriller from the acclaimed author of the “ripping good” (The New York Times) novel Three Graves Full, inspired by the real-life unsolved theft of a 17th-century painting.

In less than half a minute, a home-security camera captures the hidden resolve in 14-year-old Carly Liddell as she fends off a vicious attack just inside her own front door. The video of her heroic escape appears Online and goes viral. As the view count climbs, the lives of four desperate people will be forever changed by what’s just barely visible in the corner of the shot.

Carly’s stepfather is spurred to protect his darkest secret: how a stolen painting - 400 years old, by a master of the Dutch Golden Age - has come to hang in his suburban foyer. The art dealer, left for dead when the painting vanished, sees a chance to buy back her life. And the double-crossed enforcer renews the hunt to deliver the treasure to his billionaire patrons - even if he has to kill to succeed.

But it’s Carly herself, hailed as a social-media hero, whose new perspective gives her the courage to uncover the truth as the secrets and lies tear her family apart.

My first Jamie Mason book and definitely not my last - fast paced but brilliantly detailed. Each character came to life, not only by the excellent narration, but in the writing as well.

Young girl, gets attacked and sets off a chain of events surrounding an almost mythical art hiest from years before that will for ever change her life and how she sees the world.

This was a well written web of characters with their own back stories and agendas. It is a rarety and was nice to have a character that is a tween be smart yet still be a child with glimps of an adult most author seem to write them one way or the other but miss that strange time in every ones life when the begin the metamorphosis in to who they will become.