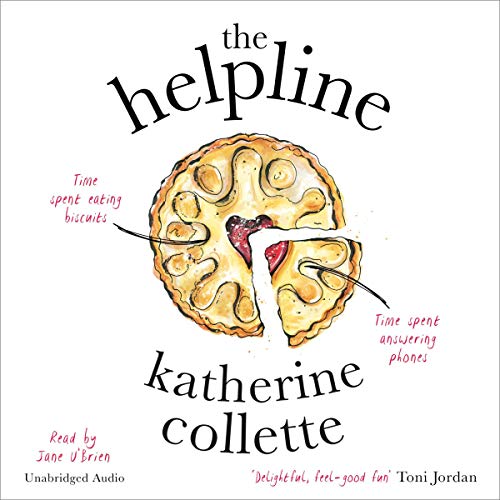 Office life can be a minefield....

Germaine Johnson likes suduko, biscuits, maths and Chinese food. She’s less sure about the complexities of social interaction, and her tendency to just say what she thinks often lands her in hot water. Unfortunately, after 'the incident' at Wallace Insurance, she finds herself unemployed.

When her cousin suggests a job at the local council, manning the Senior Citizens Helpline, Germaine really doesn’t have any other option than to say yes. It’s still social interaction, but at a safe distance. However, it turns out Mayor Verity Bainbridge has something more interesting in mind for her. A secret project to stop ‘the troublemakers’ at the senior citizens centre and their feud with the golf club next door. Germaine believes she is the no-nonsense woman for the job - until when she’s forced to get to know the troublemakers and things get more complicated.

Witty, big-hearted and hugely enjoyable, The Helpline is what you might get if you crossed The Rosie Project with Parks and Recreation. If you have ever wrestled with the world of office politics, this charming debut novel is for you.