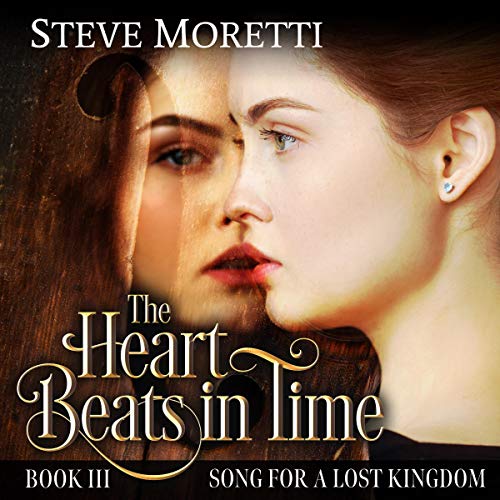 The Heart Beats in Time

Two women connected by the same musical soul are transposed across time into each other’s world by the mysterious forces of a priceless 18th century cello. A story of music, history, and love that finds a way to conquer the barriers of time itself.

In the final instalment of the Song for a Lost Kingdom trilogy, Adeena Stuart and Katharine Carnegie search for the music that neither can complete on their own.

Finding themselves living three centuries apart and each assuming the identity of the other, Adeena and Katharine must overcome their own unique challenges, all the while hiding the truth of who they really are from those around them.

Adeena is pregnant in Scotland following the slaughter at the Battle of Culloden in April 1746. Her husband James Drummond and his brother John Drummond, are being hunted as Jacobite traitors by the revengeful butchers of King George’s Hanoverian army.

Sentenced to cruel deaths, they escape to Ireland only to find even greater danger in the ruthless cunning of Henry "Hangman" Hawley, who will stop at nothing to extinguish any further rebellion against English dominance over Ireland and Scotland.

Adeena’s one comfort is the Duncan Cello and her music that inspires all who hear her perform. The cello is her companion through battles, fires, storms, and floods. It is perhaps the only thing she can truly rely on.

Katharine meanwhile awakes in the year 2019, confused by even the simplest technologies and overwhelmed by the strange customs of the modern world.

Pregnant from an unknown father, and uncertain about whether true love lies in the past or present, she finds respite in her music and the only thing familiar about this strange place - the Duncan Cello, now a prize artifact of the National Gallery of Canada.

Adeena and Katharine find a way to compose a score that reflects their turmoil in both their lives - The Heart Beats in Time.