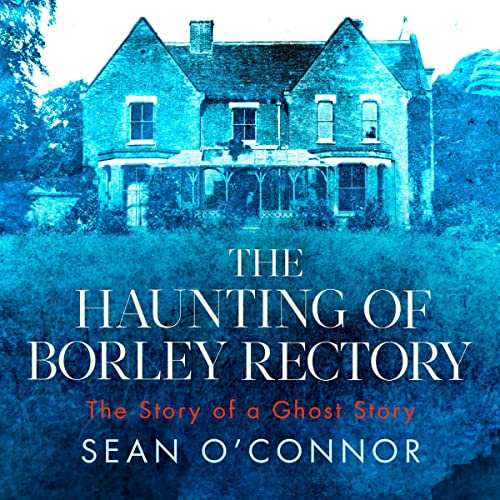 The Haunting of Borley Rectory

Marianne Foyster, Harry Price and the most haunted house in England - the perfect listen for Halloween.

In 1928, Eric and Mabel Smith took over a lonely parish on the northern border of Essex. When they moved into Borley Rectory, Mrs Smith made a gruesome discovery in a cupboard: a human skull. Soon the house was electric with ghosts. Within the year, the Smiths had abandoned it and the Rectory became notorious as the ‘most haunted house in England’.

When Reverend Lionel Foyster moved in he experienced a further explosion of poltergeist activity with an increasing violence directed at his attractive young wife. Marianne was a passionate and sensuous woman isolated in a village haunted by ancient superstition and deep-rooted prejudice. She would be accused not only of faking the ghosts but of adultery, bigamy – and even murder.

The haunting, sensationally reported in the tabloid press, gripped the nation. It was investigated by Harry Price, a self-made ‘psychic detective’. This was the case that would make Price’s name as the most celebrated ghost-hunter of the age. He recorded the evidence of 200 witnesses to over 2,000 supernatural incidents. This surely confirmed that not only did ghosts exist but, finally, here was proof of life after death.

With the tension of a thriller and the uncanny chills of a classic English ghost story, Sean O’Connor brings the story of Borley Rectory to vivid life as an allegory for an age fraught with anxiety, haunted by the shadow of the Great War and terrified of the apocalypse to come.

"Borley Rectory is perhaps the definition of an old haunt, still exerting an extraordinary grip on the popular imagination.... Balanced, surprising and strangely moving." (Mark Gatiss)