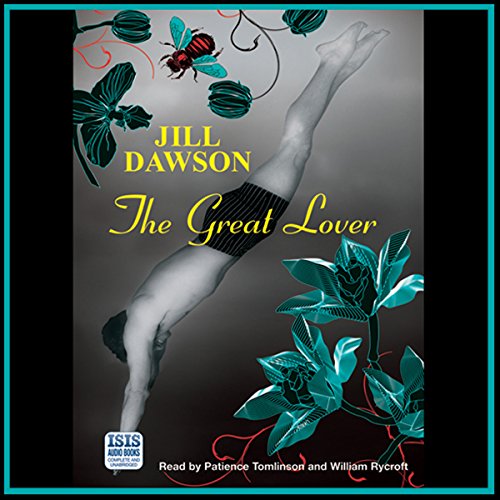 Nell Golightly is living out her widowhood in Cambridgeshire when she receives a strange request. A Tahitian woman, claiming to be the daughter of the poet Rupert Brooke, writes to ask what he was like. How did he sound, what did he smell like, how did it feel to wrap your arms around him?

So Nell turns her mind to 1909 when, as a seventeen-year-old housemaid, she first encountered the young poet. He was already causing a stir - not only with his poems and famed good looks, but also by his taboo-breaking behaviour and radical politics. Intrigued, soon Nell realised that despite her good sense, she was falling for him.

But could he love a housemaid? Was he capable of love at all?

"A compelling portrait of a failed love affair and of a damaged man." ( Telegraph)
"Strong, satisfying and memorable." ( Times, London)
"Clever, moving, sexy and with a mesmerising feel for the magical, optimistic but doomed time before the great war." ( Daily Mail)

I greatly enjoyed listening to this audiobook, which tells the story of the poet Rupert Brooke, from his point of view and from that of a housemaid who works in the place where he stays while in Cambridge. The story is told in alternating voices, Nelly and then Rupert. I think the author used a great deal of information from Brooke's life and letters; with the exception of the invented character of Nelly, much of it seemed quite accurate. The reading of it is lovely and the whole story very touching (despite Brooke's classism and self-absorbtion and agonizing over things:). By the time I got to the end and the narrator read Brooke's poem, "The Great Lover," as a kind of epilogue, I was pulled over to the side of the road, weeping. I recommend it.