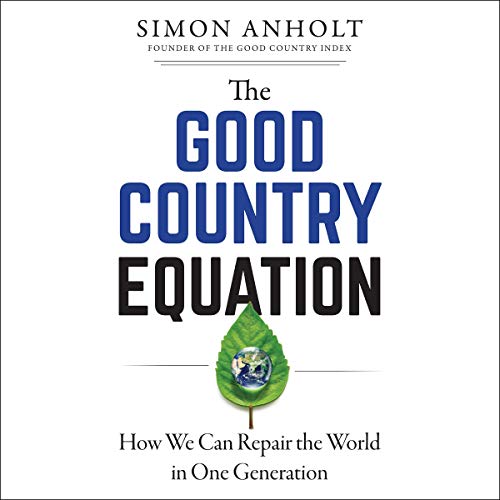 “Not only does Anholt explain the challenges facing the world with unique clarity, he also provides genuinely new, informative, practical, innovative solutions. The book is a must-read for anyone who cares about humanity’s shared future.” (H. E. Mohamed Abdullahi Mohamed (Farmaajo), president of the Federal Republic of Somalia)

Simon Anholt has spent decades helping countries, from Austria to Zambia, to improve their international standing. Using colorful descriptions of his experiences - dining with Vladimir Putin at his country home, taking a group of Felipe Calderon’s advisors on their first Mexico City subway ride, touring a beautiful new government hospital in Afghanistan that nobody would use because it was in Taliban-controlled territory - he tells how he began finding answers to that question.

Ultimately, Anholt hit on the good country equation - a formula for encouraging international cooperation and reinventing education for a globalized era. Anholt even offers a “selfish” argument for cooperation. He shows that it generates goodwill, which in turn translates into increased trade, foreign investment, tourism, talent attraction, and even domestic electoral success.

Anholt insists we can change the way countries behave and the way people are educated in a single generation - because that’s all the time we have.