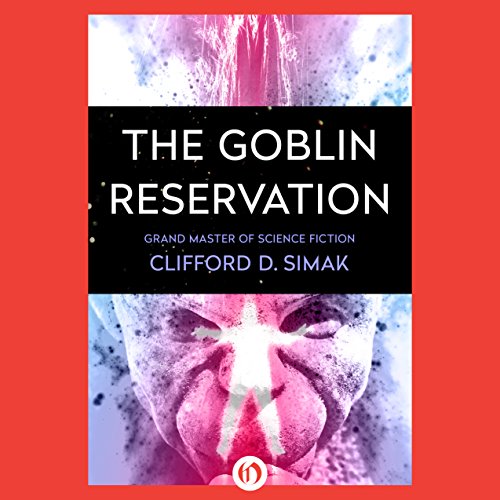 The hunt for his killer leads a dead professor of supernatural phenomena into the perilous intrigues of aliens, fairy folk, and time travelers in this classic of science fiction.

Until the day he was murdered, Professor Peter Maxwell was a respected faculty member of the College of Supernatural Phenomena. Imagine his chagrin when he turns up at a Wisconsin matter transmission station several weeks later and discovers he's not only dead but unemployed. During an interstellar mission to investigate rumors of dragon activity, this alternate Maxwell is intercepted by a strange alien race that wants him to carry knowledge of a remarkable technology back to Earth, and it seems someone does not want the information shared. Suddenly, it's essential for Maxwell to find his own killer. He enlists the aid of Carol Hampton of the Time College, along with her pet saber-toothed tiger, a ghost with memory issues, and the intelligent Neanderthal man recently rescued from a prehistoric cooking pot. But the search is pointing them toward the goblins, fairies, and assorted Little Folk living in reservations on campus and into the dangerous heart of an interspecies blood feud that has been raging for millions of years.

An enthrallingly brilliant amalgam of science fiction, adventure, fairy tale fantasy, and murder mystery, The Goblin Reservation has long been a favorite of Clifford D. Simak fans and serious science fiction aficionados in general. Ingeniously inventive and unabashedly tongue-in-cheek - combining teleportation, time travel, and alien contact with dinosaurs, trolls, and William Shakespeare - this magnificent literary mélange is a bravura demonstration of a multiaward-winning fantasy and science fiction master operating at the imaginative peak of his considerable powers.

Great book made eveng greater by the narrator

i love the story and I can say that Mr Bernard did great at narrating it. Thank you for bringing the story to life. was really a pleasure listening to it.

I have read and listened to the Goblin Reservation countless time over the decades and I never get tired of it. Like Way Station, and The Werewolf Principal this book for me is a comfortable classic.

Clifford Simak is my favorite author. I particularly like The Goblin Reservation. Having read it many times it was a pleasure to listen to this performance.

Very enjoyable story and performance! I would recommend it to any and all for excellent entertainment.

What a nice light story of fun and adventure well told. A definite classic to add to your collection.

A lighthearted example of Simak's best work. Playful and fun. A great escape. Full of fantasy elements "justified by science".

The narration was charming. The narrators's choice and command of voices was superb. There were times when it was hard to believe that the same person was performing all the roles.

A mild and wonderful story.

it's really has the kinds of twists and turns in the plot , the explosive action scenes, and witty exchanges between vastly different comma that keep you interested in moving from chapter chapter. ¨The performance by Bernard Setaro Clark is really spectacular. His intonation, inflections, and Timbre just bring the characters to life.
My only criticism is that the semantics with some of the characters are just too similar. and in that sense the voicing doesn't pop quite as much as it could. But that's a small criticism Over All.
Milwaukee is my hometown and it was wonderful to read about some of the locations that I knew or could imagine or places I knew. Even to the point of mentioning a local business called the Pig N Whistle. very very much fun, enjoyable. I'll read it again.

Clifford Simak blends the medias of Sci-fi and fantasy into a pastoral setting worthy of a Bob Ross painting.

Loved this story from the first time i read it. And the narration was amazing.