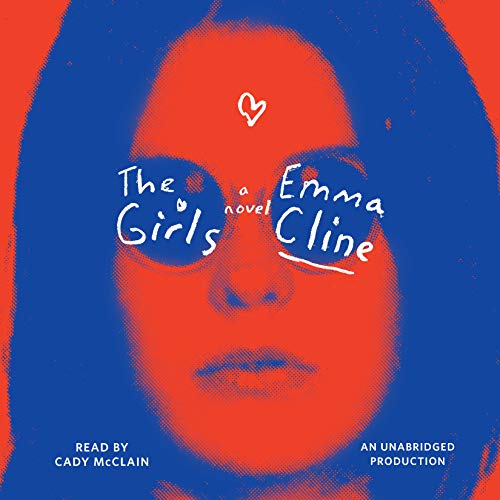 An indelible portrait of girls, the women they become, and that moment in life when everything can go horribly wrong

Northern California, during the violent end of the 1960s. At the start of summer, a lonely and thoughtful teenager, Evie Boyd, sees a group of girls in the park and is immediately caught by their freedom, their careless dress, their dangerous aura of abandon. Soon Evie is in thrall to Suzanne, a mesmerizing older girl, and is drawn into the circle of a soon-to-be infamous cult and the man who is its charismatic leader. Hidden in the hills, their sprawling ranch is eerie and run down, but to Evie it is exotic, thrilling, charged - a place where she feels desperate to be accepted. As she spends more time away from her mother and the rhythms of her daily life, and as her obsession with Suzanne intensifies, Evie does not realize she is coming closer and closer to unthinkable violence.

Praise for The Girls

“Compelling and startling.” (The Economist)

“[The Girls reimagines] the American novel... Like Mary Gaitskill’s Veronica or Lorrie Moore’s Who Will Run the Frog Hospital?, The Girls captures a defining friendship in its full humanity with a touch of rock-memoir, tell-it-like-it-really-was attitude.” (Vogue)

“Debut novels like this are rare, indeed.... The most remarkable quality of this novel is Cline’s ability to articulate the anxieties of adolescence in language that’s gorgeously poetic without mangling the authenticity of a teenager’s consciousness. The adult’s melancholy reflection and the girl’s swelling impetuousness are flawlessly braided together.... For a story that traffics in the lurid notoriety of the Manson murders, The Girls is an extraordinary act of restraint. With the maturity of a writer twice her age, Cline has written a wise novel that’s never showy: a quiet, seething confession of yearning and terror.” (The Washington Post)

“Outstanding... Cline’s novel is an astonishing work of imagination - remarkably atmospheric, preternaturally intelligent, and brutally feminist.... Cline painstakingly destroys the separation between art and faithful representation to create something new, wonderful, and disorienting.” (The Boston Globe)

Being a girl (reviewers seem to miss point)

What made the experience of listening to The Girls the most enjoyable?

I'm a little surprised the extent to which so many reviewers miss the point of this poignant book. While the story captures the cultural context and events of the Manson family, this primary focus really on the girls (the title is apt). Cline captures the vulnerability, uncertainty, longing, and frustrations of being a girl, in the liminal space between child and adult, and the discomfort of defining a “self” against the “self” impose by others. The tumultuous, ecstatic backdrop of the late sixties may enable the situation that the narrator gravitates toward. But the sensibility of gender and age, and the complicated relationships between girls, and between generations, transcends that cultural context.

Most of the action of the story takes place during the summer of 1969 (the same year in which the Manson family came to its tragic climax) but the narrator tells the story from the perspective of a woman in middle age. Her narration alternates between the remembered events, and a present-day moment. This shift in context— evoking what changes and what doesn’t as we get older, what leaves us and what haunts us — is a significant aspect of the book. (One reviewer was confused that characters were using cell phones. Those passages in the book take place in present day, when the narrator is in her 50’s. Those are fairly lengthy sections, so I’m not sure how that reader overlooked the context)

What does Cady McClain bring to the story that you wouldn’t experience if you just read the book?

Cady McClain did a lovely job capturing the girls’ voices, heady with pot or hallucingens and performative nonchalance, often straddling the simultaneous currents of longing, self-protection, affection, and hostility.

Cline tells a story based on one that is familiar to many of us, but from a more subtle and under-appreciated perspective. She does this with sensitivity and poignancy, as well as evocative prose.

Some of the voices were a little silly, but wow did I love this story. I'll have to buy the book too, just to have it.

Couldn't stop listening. She really transported me into her world. I want more books from Emma Cline immediately.

This book will grab you from the first 5 minutes. A shocking story beautifully written.

"These long-haired girls seemed to glide above all that was happening around them, tragic and separate. Like royalty in exile."

"I could drink until my problem seemed compact and pretty. Something I could admire."

"It surprised me that someone could just touch me at any moment, the gift of their hand given as thoughtlessly as a piece of gum."

".. money kept everyone slaves, where they buttoned their shirts up to the neck, strangling any love they had inside themselves."

I studied the psychology of cult behavior at Michigan State University in the 80s. This book was spot on. It's intriguing. Our vulnerabilities are vulnerable. Our young people are so susceptible.

This book is very disturbing and unbelievable that such horrific things took place. Very well written, great story. I just couldn’t put it down as I wanted to find out what happened next.

Very intriguing story. I enjoyed the parallels between Manson Cult and this fictional story. Yes, the book is coming age and reveals girls' desire to 'fit in' and 'belong'. Cline does a great job of painting the picture and showing the reader and not simply just telling the reader.

Girls, provides thought-provoking insights how people can me pulled into a cult and do things they don't want to do, know that its morally wrong, and stay even though a lot of times it feels if they want to 'escape.'

Emma Cline's short and clipped way of writing draws you in and places you in the world she's created. I couldn't stop once I started.

This book is brutal and honest- nothing is sugar coated and can be shocking at times but that's what made the story hard to put down. A really raw point of view on a young girls need to fit in and the feelings and experiences that come with growing up and finding your place.

I listened to the audible version and it added so much to the story- great performance by the narrator!

I'm not even through the first chapter

But I have to point out that this is suppose to take place during the 1960's , yet some how the have somehow exchanged numbers on their CELLPHONES. Since I have only heard the first chapter I'm in no way attempting to review this book yet, I will say though , the authors writing style is a bit odd. For example " sweet drone of honey suckle, the glass of water quivering, the swallow of morning orange juice, the unlocking behind the eyes, the stranger at the door, a deer thrashing in the brush, I hear voices , a middle aged woman, " that's how she describes everything. "The green on the lawn, the dead bird in the lawn, the whisper in the breeze". Not going to make it through this I'll be honest.

voice gets a little automated sounding. Beside that totally enjoy enjoyable. Wierd perspective to find the glamour in cults

Captivating coming-of-age story, set in 1969 California. Much has been written about this book recently when the German translation was published. However, I recommend listening to it without reading any reviews beforehand and just immersing yourself in the story. The narrator transports the voices and personalities perfectly, taking you right into that hot, dry summer.

this was originally written novel. it was also very well performed. my only concern was the tempo. I was not able to listen to the book in one shot, and after being away for awhile, I felt like I was listening to the same thing over and over again. by the time the book reached its climax, I was feeling a bit drawn out. however, there is nothing to be said except glowing praise for the writing style. really enjoyed it!

It is a book every female should read

It is about the time when a girl‘s life changes to become a woman and to choose its pathes in life. It is about friendship, trust and depending on other people, how to know who is good for you and who isn‘t. The story happened 50 years ago - and could have happened be today. It is about the strength of women who don‘t realise how strong they are - and about men who take advantage of that. It is a masterpiece. The voice and reading of Cady McClain makes every audio session a real pleasure that takes you right back in the Californian Hippie feeling from the summer of 69.