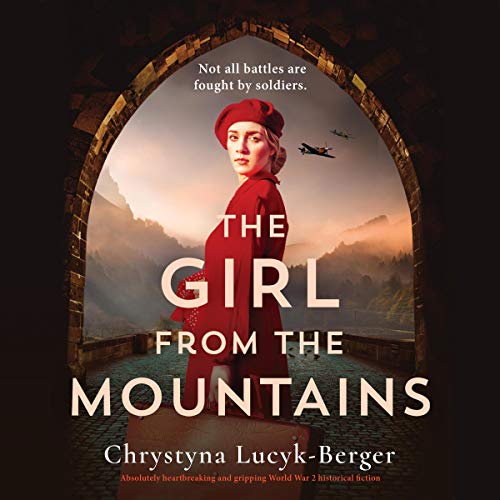 The Girl from the Mountains

The story of one young woman’s exceptional courage in the darkest of times, set in the stunningly atmospheric mountains of Czechoslovakia during the Second World War.

1938: Magda has led a sheltered life in her small village until the day she is forced from her home by the invading Nazi army. Torn away from her family and the only place she has ever known, she is offered refuge in an alpine villa owned by brilliant Dr, Tauber and his talented, beautiful wife.

But despite having friends in high places, the Jewish Taubers are living on borrowed time. When the Gestapo come to arrest them, Magda is asked to protect something more precious than the silver and jewels they leave behind. Their newborn son Samuel.

Magda turns to the local Resistance, who hide Samuel nearby. Determined to help them and save her country, Magda remains in the house to serve the Nazi commander, passing messages and supplies to the secret network. But when she is caught, Magda is forced to flee into the high mountains with a price on her head.

With the Nazis in pursuit, and nothing left to lose, Magda takes up arms with a band of partisan fighters in the hope of rescuing the Taubers and reuniting them with Samuel. Even if it might mean laying down her life to win the freedom of those she loves....

This heartbreaking wartime epic of love, bravery, and survival will stay with you. Perfect for fans of My Name Is Eva, The Alice Network, and The German Midwife.

for writing this book. how fast our world is denying truth and yet you followed your heart to tell. i understand it is fiction. i have studied ww2 for 50 years.