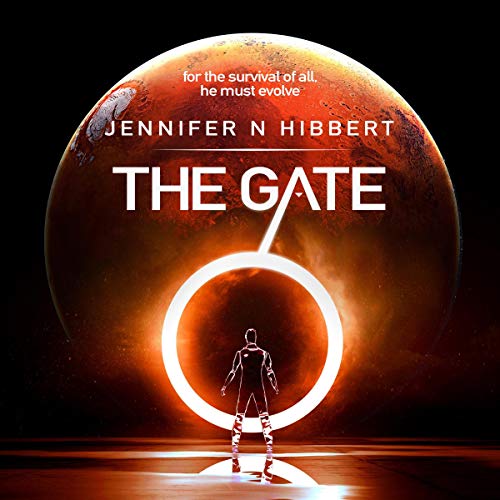 Ever wondered what it would be like to live on Mars forever? Well, meander no more, and let these groups of migrants demonstrate it, through their journey to colonized planet Mars.

The Gate is a voyage of discovery of both personal and galactic. The journey is just as important as the destination.

Great things are happening on Mars. A group of migrants is on their way to colonize Mars. The wittiness of Martin and his four lifelong friends made the journey exciting. Their rambunctious behavior kept everyone on their toes; they consistently fall in and out of danger.

Among them is Carrol, a lonely young girl, fearing being bullied. She quickly falls in love with the first boy that is nice to her. However, in space, nothing is as it seems, and she discovers that the object of her affection is a shape-shifting dragon lizard.

A group of gatekeepers - members of a top-secret organization - kept a watchful eye on everything. The otherworldly powers have worked tirelessly with astrobiologists to create a sustainable city that will suit the new human migrants. A group of ordinary people of all ages has volunteered to go as Mars' first citizens.

The gatekeepers started developing a fighting machine for the project, and during testing, it malfunctions and collides to a man called Kevin. He was running away from his past. Kevin was later given a choice - and how will he react to the unique opportunity he is offered? The gatekeepers are fully aware of the malevolent powers lurking nearby - some of whom aren’t too happy about this new colonization. They run into some trouble with the Dark Lord Varuk Bendy, who manages to take some hostages - and who, like everything else on this red planet, has more to him than meets the eye.

Kevin and the gatekeepers must struggle together against the dangerous forces on Mars - as well as the innocent troublemaking of the citizens who now inhabit it - to ensure a peaceful and safe colonization. Can this battle with dark magic, supernatural activities, mighty armies, and mischievous teenagers be won? Or is the task simply too great?

The story opens with the meeting of the century held by the Astrobiologist, the universal Gatekeeper, and the world ruling bodies all attended the meeting that changed everything. Followed by a man waking up, bound and in a strange environment, having lost some of his memory. He has no idea how he got there - but he meets the Gatekeeper of this settlement on Mars, who begins to explain.

We jump to a group of migrants who are travelling to inhabit the first settlement on Mars and to have the adventure of a lifetime. The story comes full circle - with a little love, danger, and complication along the way.

The story includes an in-depth exploration of multiple characters; despite its fantastic setting, it is easy to relate to.

It had different twists and turns, adventures , suspense, yet very captivating.
Very interesting cypher book but still relate to real life experience.
I will recommend this book.