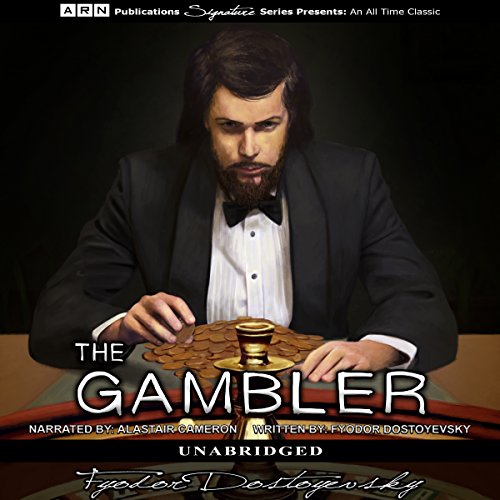 Alexei Ivanovich is a Russian tutor working in Germany. His employer, the General, is waiting for his wealthy grandmother to die to pay off his debts so that he can marry Mademoiselle Blanche, while Alexei is in love with the General's beautiful but not so kind stepdaughter, Polina, who is scornful of his devotion to her. Alexei dramatically offers to kill himself for Polina, but she asks him instead to place a bet for her at the roulette table of the local casino. Alexei does, and he wins, but still he cannot sway her. Unexpectedly, the General's grandmother turns up in Germany, where she gambles away the fortune that the General had hoped to inherit.

Will the General marry Mademoiselle Blanche without his grandmother's fortune, or will his debts finally catch up with him? Will Polina choose Alexei or one of the richer men in her social circle? Can Alexei control his taste for gambling, or will it spiral into a full-blown addiction like those around him?

This novel about the devastation wrought by gambling addiction was written by Dostoevsky to help pay off his own gambling debts.

Story of intrigue and gambling addiction

It's hard not to read some of the main character's experiences as autobiographical, since Dostoyevsky had a gambling addiction, wrote the book to pay off his own gambling debts, etc. Dostoyevsky writes about the process of gambling for high stakes at the roulette table in such a way that it conveys some of the physical sensations of adrenaline. As a story, I feel like most of the &quot;action&quot; of the plot was front-loaded into the first half of the book, with the rest given to complex character development and motivations. That said, it's a good audio-read. Check it out!