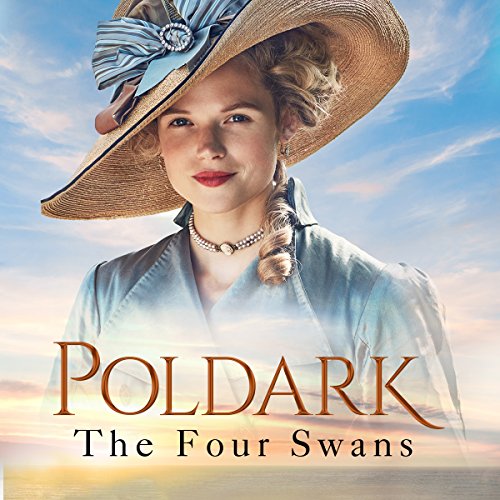 The Four Swans is the sixth novel in Winston Graham's sweeping series of Cornwall, Poldark.

Cornwall, 1795-1799. Although Ross Poldark - now something of a war hero - seems secure in his hard-won prosperity, a new dilemma faces him in the sudden infatuation of a young naval officer with his wife, Demelza.

All four women - the four swans - whose lives touch Ross' face a crisis in these years. For his wife, Demelza; his old love, Elizabeth; his friend's new wife, Caroline; and the unhappy Morwenna Chynoweth, these are times of stress and conflict.

"From the incomparable Winston Graham...who has everything that anyone else has, and then a whole lot more." ( Guardian)

Excellent and just gets better

If you are up to this book, you are hooked. I actually slowed down the listening to this book as at the time the next book had not been narrated yet. Oliver Hembrough does an excellent job. The characters seem real and not two dimensional making these books beautiful stories. Loved the TV series and I am sure the latest remake is excellent but these books are a delight to listen to.