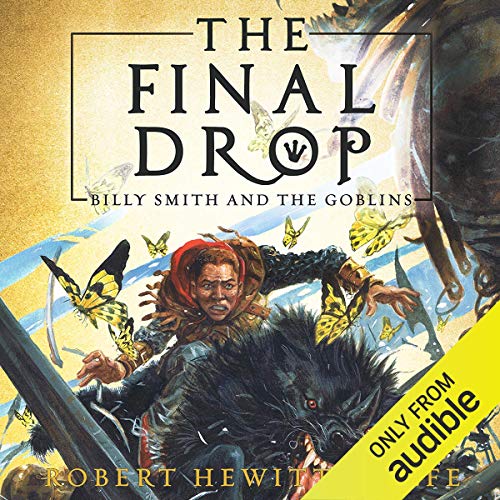 After being magically transported to another world with two other high school students, perennial outsider Billy Smith has become the unlikely king of a goblin civilization. With the help of his first-day-of-high-school crush, Lexi Aquino, now a powerful wizard, quarterback-turned-warrior Kurt Novac, and a cowardly but wily goblin named Hop, Billy has successfully repelled a human invasion of the goblins’ underground city, Kiranok. But the leader of the attacking Hanorian Army, Lord Marshal Jiyal, has returned to the Hanorian capital, Gran Hanor, where he’s preparing for a second invasion.

Billy decides the only way to end the war is to neutralize Jiyal’s powerful ally, a young wizard named Mig. Billy and Kurt set off for Gran Hanor to find Mig and trick her into drinking a potion called the Final Drop that will nullify her magic forever. But after their departure, the Dark Lady, the mad elven wizard who started the war, reappears in Kiranok and reclaims her place as the goblins’ leader. She coerces Lexi, who’s struggling with madness from using too much magic, into helping her raise a skeletal army, then she and her Marching Dead force the goblins to march on Gran Hanor.

Now, Billy must find a way to stop the Dark Lady and her skeletal army, neutralize Mig, help Lexi regain her sanity, save the goblins, and make peace with the Hanorians before a cataclysmic final battle destroys them all.