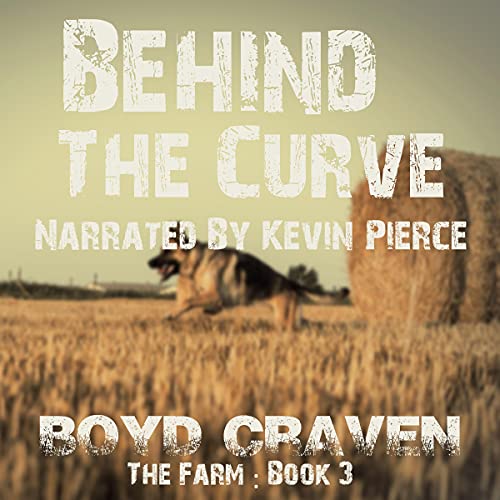 The Farm, Book 3: Behind the Curve

A place to shop

Finding themselves as one of the only places to buy food, the group’s market has drawn a crowd and a wary eye from the authorities from the very start. The detainment centers need to keep the food coming while the economy crashes. Fuel becomes an issue as the virus and shutdowns cause shortages all across the country.

Rob had wished Angelica hadn’t put the beat down on Agent Kendricks, but he also knew his chances of stopping her would have been small. The group struggles to keep everyone safe and sane as the conspiracy slowly unfolds. The state’s governor also finds himself in a predicament, that leads back to the group. He, like many others, had gotten in the way of the agenda.

More information comes to light about the bones, and the tale about buried treasure may have some merit. While picking berries, Harry trips over a find that will both confuse and sidetrack the group. With Dewie’s wife’s connection to Lyle, things are starting to make sense. All was going well until in the dark of night, events spiraled out of control.

This series could have been a lot better without all the foul language. Seems the author felt compelled to see how much foul language he could use.
Very difficult to get to the end and everyone was right to end this series on “The End”
Wouldn’t recommend this series

Loved the characters a lot. Disappointed in the ending. No closure. The story seems incomplete.

First two books in the series ok third one is trash. If I heard the line monkey stomping skull fucking one more time I was going to puke.

The ending. Wth?? Terrible. There are so many more story lines that need resolution. This really pi$$ed me off.

I loved the story! The story was a refreshing twist to other prepper books I’ve listened to. I liked the fiction nonfiction ideology of the story line.
The narrator’s voice has gotten annoying, to graveling He sounded like he’s just tried of his work. My opinion, a younger less old sounding voice was needed for this series. I’ve listened to many books with this narrator...but I just can’t anymore, he takes away from the story, and adds nothing!
This series was a rip off in cost... definitely could have been done in one book, maybe two!! I don’t know if the author has any say in the cost, but he should know it’s upset some readers!

Book 3 just end abruptly with "The End"...where upset since the rest of the books were good.

The development of the characters, farm and overall story is good, but book 3 was truncated too much. While there will be further books, this one suffered some so that the story can be continued. Dammit Boyd

Boyd Craven never disappoints! I cannot wait to get my hands on the next book in this series! please tell me there's going to be another book?!

Off the curve and over the cliff

Abruptly ended series as though the writer was behind on deadline to finish. One cannot help but feel gyped on the series purchase.

Vulgar language and unnecessary violence between characters serving no purpose and some even destroying the image of one character.

I have avoided purchasing Boyd Craven’ books for many years after listening to his early efforts. While the 3-star review reflects some slight growth as a writer I cannot help feel like his intended audience is 16-20 something males with ridiculously immature fantasies.

Kevin Pierce is always a good narrator, even when reading trash.

Very well written. True to life.the book take a more realistic approach to what could happen in America.