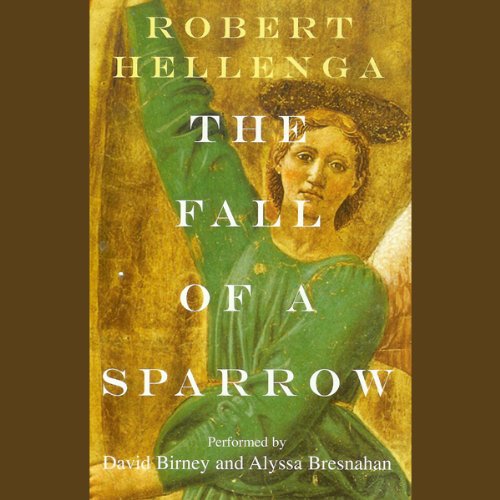 The Fall of A Sparrow

The Fall of the Sparrow is the story of a family's struggle to heal itself after the violent death of its oldest daughter. At the heart is Alan "Woody" Woodhall, a classics professor at a small mid-western college, whose beloved oldest daughter, Cookie, is killed during a terrorist bombing. Woody finds himself standing in the cemetery where Cookie is buried, convinced that life has taught him all the lessons he has to learn. His wife has left him, and his two remaining daughters have grown up and moved away. Yet a new life, which Woody both longs for and resists, begins with his decision to attend the trial of the terrorists responsible for his daughter's death. And as Woody gradually emerges from his sorrow, returning to Italy and the scene of the tragedy, he also awakens to new love.

In The Fall of a Sparrow, Robert Hellenga offers us insights into the emotional lives of both men and women, Italian cuisine, and reintroduces us to the world's great literary classics, with time with time out for some hot licks on a National Steel Guitar. The Fall of the Sparrow is filled with humor and mischief, and pleasure despite its somber subject. This is a rich and unforgettable story about embracing life in the face of loss.