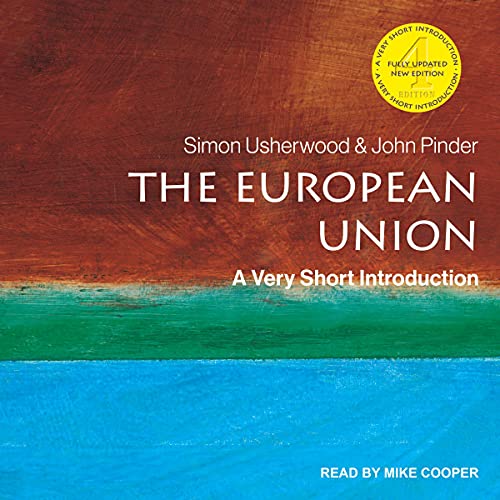 The European Union (EU) stands out as a fascinatingly unique political organization. On the one hand, it has shown the potential for developing deep and wide-ranging cooperation between member states, going far beyond that found anywhere else in the world. On the other, it is currently in the throes of a phase of profound uncertainty about its viability and future.

Showing how and why the EU has developed from 1950 to the present day, this Very Short Introduction covers a range of topics, including the Union's early history, the workings of its institutions and what they do, the interplay between "eurosceptics" and federalists, and the role of the Union beyond Europe in international affairs and as a peacekeeper.

In this fully updated fourth edition, Pinder and Usherwood cover the migrant crisis and the UK's decision to leave the Union, set in the context of a body that is now involved in most areas of public policy. Discussing how the EU continues to draw in new members, they conclude by considering the future of the Union and the choices and challenges that may lie ahead.

Love it! I learned a lot from this book about the EU, its creation, functions, and relevance to Europe.

Very well structured. Easy to follow and understand. Contains the basic information and up to date