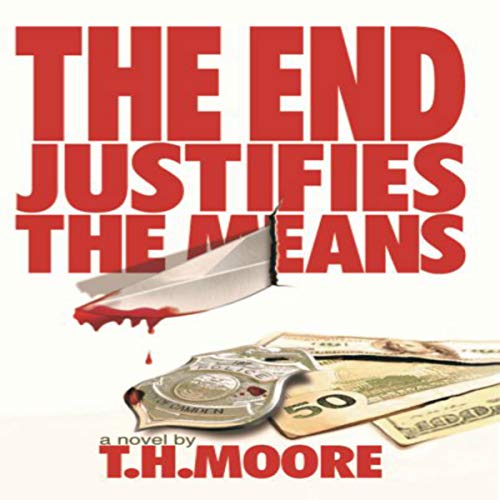 The End Justifies the Means: Sometimes Life Is Only as Fair as You Make It.

Sometimes life is only as fair as you make it. And sometimes the end justifies the means....

Jalen Carthane has managed to avoid the stereotypical pitfalls of growing up in a poverty-stricken city.

After a deadly domestic dispute nearly takes both parents away, his mother’s self-sacrifice is followed by a sudden move to Philadelphia to Camden, New Jersey which offers an opportunity for a new life and a clean slate.

Then he comes face to face with the family “business”. Kevin English, an older cousin and father figure to Jalen, leaves behind his tainted past in a sincere attempt to provide a safe lifestyle for his wife and child but falls victim to a murder attempt.

Jalen and Kevin devise an intricate scheme to get their families out of harms way.

They quickly learn that integrating mainstream business principle and integrity with the raw rules and politics of the street don’t come easy.

At lease, not without a little dirty work to ensure problems disappear and their enemies can’t draw another breath.

Ce que les auditeurs disent de The End Justifies the Means: Sometimes Life Is Only as Fair as You Make It.

Story had you rooting for the guys to come out on the winning end. Because Kevin’s main purpose was to take care of family

A grippingly entertaining and realistic from beginning to end! The narrator was excellent and very engaging! Loved it!

I really liked the characters. I think Jaylen and his cousin Kevin truly wanted a better life for there family. I am the type of mom that would do anything for my kids. Hell I would have taken the crime, to protect my kids. I loved how much Jaylen mom loved him. I felt sorry for Lisa. Her mother should have had her but whipped. It was funny when Leroy was chasing her dumb ass around the car., Then he will wanted to take her out to IHOP. Overall, I did like the book.😊 Enjoy the book.