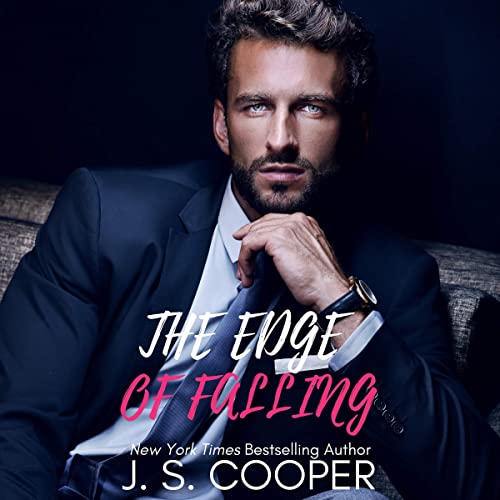 The Edge of Falling

Am I making a mistake moving in with my brother and his hot best friend? Most definitely!

Did my heart start pounding when I saw him in his towel?

Did I get all dolled up for what I thought was a date that ended up being a work event?

Can the earth swallow me up now, please?

Oliver Rose has been in my life since I was seven. As my brother’s best friend, he was at my house more often than not. And I loved having him around. In fact, I even had a secret crush on him. Even though he was four years older than me, that didn’t stop me from daydreaming. Until I turned 17 and he broke my heart. I swore I would never interact with him again. And I didn’t. But now, it’s five years later and I’m graduating college and I’m all out of options.

With no job and no prospects, my parents have stated I can move back home or to New York to live with my brother. Obviously, New York is the better option, but my brother's roommate is Oliver. Oliver with the gray-blue eyes that have haunted my dreams. Oliver with the kissable lips that smirk whenever they see me. Oliver with the steely tongue that lives to boss me around. I’ve told myself that I’m older now. I’m not going to let him bother me.

But then he picks me up at the airport and I know that staying away from him is going to be a lot harder than I thought.

Oliver Rose isn’t happy that I’ve been ignoring him for years and now he’s determined to make me his. But the jokes on him because I’m never going to fall for him again.

It was difficult listening to this female protagonist from the start. She was childish, had a bad attitude, was unrealistic and was irresponsible. I could not finish this book

FMC is terrible I listened to the end in the hope that she would improve, but NOPE 👎 she completely immature, hypocrite, crazy, her conversations with her friend was just ridiculous! She refuses to listen some truths and grow up!!! I felt like beating her up during all book .

I enjoyed Oliver and Rosalie much more listening to the story than when I read it. The narrators did a great job bringing the characters to life. Oliver never stood a chance against Rosalie and boy was I glad when he finally gave in. Their history and banter made their HEA all the more believable and sweet.

I enjoyed this Standalone with no Cliffhangers.
Rosalie has crushed on Oliver for as long as she can remember. Now after college she is staying in an apartment in New York with her brother Foster and Oliver.
Nothing good can come of this.
Oliver wants Rosalie but he wants more then a hook up. He is ready for a real relationship and he doesn't think she is ready. Plus Foster would kill him.
There is sneaking around and fun banter that i love to read.
The story is told from both points of view by 2 great readers.

This was an enjoyable read that hooked me from the start.
The relationship between Oliver and Rosalie is very believable.
The chemistry is good and the banter between them is what makes
the plot very believable.
The narrator has done a good job with the characters.
I voluntarily reviewed a copy of this book for my honest opinion

Love Rosalie and Oliver! Rosalie has been in love with Oliver since she was young but he broke her heart and she started ignoring him from then on. She decided to move to NY after graduating college and is going to stay with her brother.......who happens to have Oliver as a roommate. After Oliver picks up Rosalie from the airport the misunderstandings ensue. Lots of emotion and humor in this book. The book was great but the narrators were just okay.

For honest review. This is a beautiful story of Rosalie and her brother foster with both their best friends Oliver James and Alice who have all grown up together now are adults .