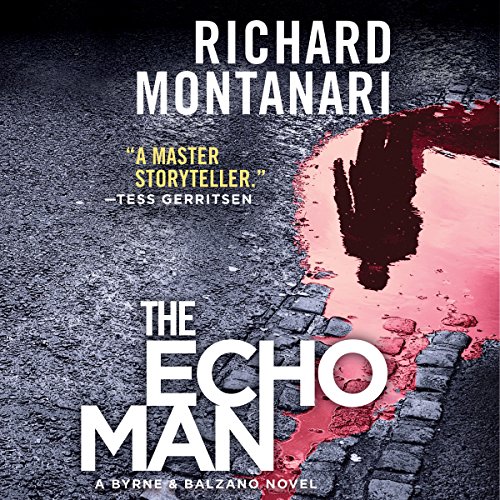 In this gripping, unforgettable thriller for fans of James Patterson and Lisa Gardner, someone is re-creating infamous unsolved murders...and the killer is closer than anyone could imagine.

Fall in Philadelphia. A man's corpse is found in one of the city's poorest neighborhoods. It's unmistakably the work of a killer.

But to homicide detectives Kevin Byrne and Jessica Balzano, it feels familiar. Eight years ago another body was found in the same place, in the same position...killed in the same manner. Even the crime-scene photos are identical.

That case was never closed. And now more copycat murders are happening. Someone is recreating the city's most infamous unsolved killings, victim by victim - with more clues for Byrne and Balzano to unravel....

One of the missing...

Someone in Philadelphia is killing killers. The first victim is found in the place he left his victim eight years earlier. Few clues are found.
As Byrne and Balzano are trying to conduct their investigation they have a college student tagging along making a documentary film about police procedural and crime. You are almost pointed in his direction but that almost seemed too obvious. As the body count rises the clues also mount but they don't seem to have a meaning. When it finely becomes clear unless you understand some of the great composers you can not guess the why. The Who is just as obscure and you don't really get any clues until almost the end, it's great. I love getting a book I can't guess who done it and there aren't many of those.
This book and The Killing Room which will be released 11/1/17 are not new they are both books that are missing from the series.
If you've never read this series I HIGHLY RECOMMEND it. Each book can be read as a stand alone. There is some progression in the characters lives but nothing that would leave the reader confused about what happened before.
Scott Brick does an outstanding job narrating.
If you found this review helpful please indicate so.
Thank You.

So far best one yet

I could not put it down. The twist unreal. The ending unbelievable. Give a listen.

This is one for the books!

Six stars all the way across! Just when one thinks one has Byrne and Balzano novels all figured out one has this twister and turner. One had no idea who the creep was. Although once the identity was learned the response was "But of course!" On to the next one. Another stellar performance by Scott Brick. Performing the masterful writing of Richard Montanari. Please keep them coming. Well done!

The plot was translucent at best. not my favorite. The Dollmaker however, excellent work Mr. Montenarri!

Very disappointed in the convoluted story and quick conclusion. Have enjoyed other in past. Not this one.

this audiobook kept me wanting to listen...an ending I didn't see coming! I enjoyed it very much!

Richard Montanari has crafted another powerful installment in the Balzano and Byrne series. With many twists and turns, it will keep you guessing until the end. Scott Brick, as usual brings it all to life. If you enjoy police procedurals mixed with suspense, you won’t want to miss this.