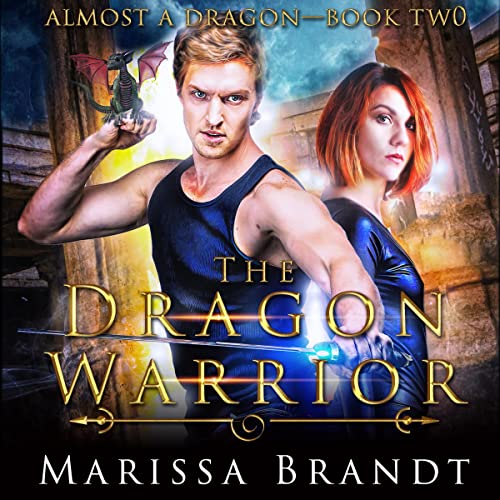 I'm Isobel Drake, rejected by dragons but adopted by humans.

Until last week, I was comfortably passing for human. Then the half-dragon warrior Tam showed up on my doorstep. He demanded my help in recovering a stolen dragon egg and yanked me out of my ordinary life. After surviving that trial together, the brash warrior has switched his allegiance to a new dragon queen...me. He's appointed himself my bodyguard and the newly-hatched baby dragon's caretaker.

But he doesn't know my deepest secret. I may be half-dragon like him, but I can't shapeshift. I'm trapped in my human form, unable to fly or do any other cool dragon things.

My shortcomings have forced me to submit to an ambitious, dangerously attractive vampire lord who wants total control over my city's supply of dragon's blood...the same blood that runs through my veins. All the supernaturals crave it. It's magically potent, allowing vampires to walk in daylight and mages to boost their powers.

If that wasn't enough trouble, I'm racing to save my kidnapped dad before it's too late. When the baby goes missing, too, Tam, my vampire boss, and I set out on a dangerous rescue operation. We're outnumbered, outgunned, and our foe will do anything for dragon's blood.

To win this fight, I'll have to figure out how to summon my inner dragon before time runs out. Or all of us will pay the ultimate price.

Youth to the rescue

This series would probably be classified as YA. A young adult ends up saving the day despite the ancients that surround her. As an ancient myself, it’s sometimes hard to believe that a 18-year-old can do what Izzy does. Having said that, I did enjoy the adventure and the story. The romance is still questionable but it’s slowly getting there. Ms. Goer does an excellent performance.