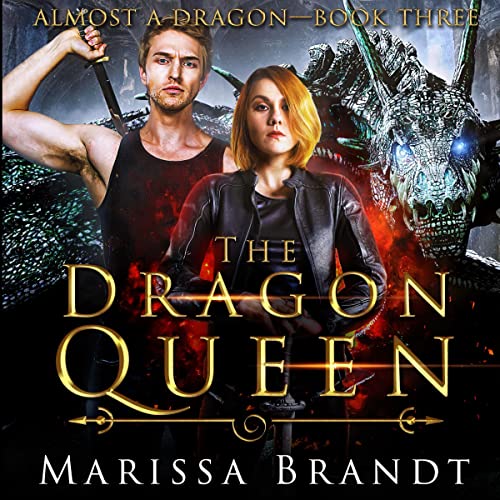 My name is Isobel Drake. And my life masquerading as human is about to blow up, big-time.

I have a secret: I'm a half-human, half-dragon hybrid living in plain sight in the humans-only city of Yerba Buena. There are others like me, pretending to be fully human, in a world where dragons are exiled to reservations and face the death penalty if caught in a human settlement.

On the eve of a dragon invasion, someone leaks footage of me shape-shifting into a dragon. We dragon hybrids were created to serve as covert operatives in a new dragon war against humans, then mercilessly exploited as blood slaves by vampires. Now our time has come to serve our creators' purposes.

I and the other dragon hybrids living in the city must now choose a side: Fight for the dragons who created us or the humans who have accepted us as one of their own. To protect the people I love, I will have to discover my destiny as a new kind of dragon queen.

A good addition to this exciting series

I really enjoyed the continuation of Isabel Drake’s story as she grows into her power as the Dragon Queen of the hybrids. Sarah Beth Goer did a wonderful job narrating the story and characters into life. Izzy is a human dragon hybrid who has been raised off the dragon reservation by a human who saved her from becoming a blood slave to a vampire. She now works for a fair and kind vampire. She and her fellow dragon hybrid clan mate Tam are helping to raise Clara, a female hybrid hatchling. When the story begins Izzy arrives at the dragon reservation in response to a summons from the dragon queen. The dragons are changing the rules and demand Clara and Izzy are turned over to the reservation. This is just the start of the human/vampire/dragon/mage fighting and drama in the book. Izzy has to navigate politics, in fighting, dating, and her growing power in order to keep her city, friends and family safe while also trying to track down a kidnapped clan mate. The story includes what you’d expect from this genre - fighting, dangerous situations, end of the world scenarios, paranormal creatures, evil masterminds, henchmen, loyal friends and family, tragic back stories, light romance, and laughs. While this book is the third in the series, you will not be lost if you have not read the others. The story included enough of the backstory, expertly woven into the current story, so the story flowed well and was easy to follow.