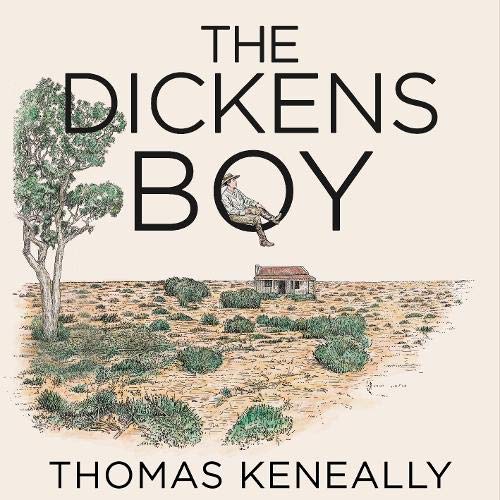 In 1868, Charles Dickens dispatches his youngest child to Australia. Like his brother Alfred before him, 16-year-old Edward is expected to learn to apply himself in what his father considers to be the new land of opportunity.

Posted to a remote sheep station in New South Wales, Edward discovers that Charles Dickens' fame has reached even there, as has the gossip about his father's scandalous liaison with an actress. Amid colonists, ex-convicts, local tribespeople and a handful of eligible young women, Edward strives to be his own man - and keep secret the fact that he's read none of his father's novels.

Conjuring up a life of sheep-droving, horse-racing and cricket tournaments in a community riven with tensions and prejudice, the story of Edward's adventures also affords an intimate portrait of Dickens himself.

This vivacious novel is classic Keneally: historical figures and events re-imagined with verve, humour and compassion.