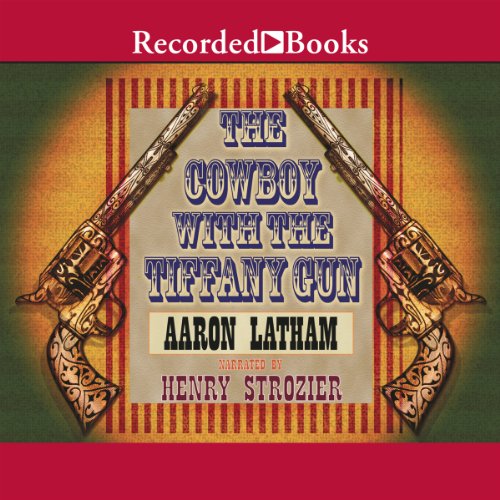 The Cowboy With a Tiffany Gun

Aaron Latham's popular Code of the West took its inspiration from Arthurian legend, exchanging cowboys and ranchers for knights and kings. This sequel returns listeners to the great plains of Texas in the late 19th century, adapting the story of the quest for the Holy Grail.

Percy York Goodnight, or Pyg as he prefers, and his mother Revelie travel back to the family ranch in Texas to be reunited with Loving, a man with whom Revelie once shared a passionate affair. He's been shot and is near death, but that is not the only tragedy playing out in the Lone Star State. It seems that the ax of family legend, that once rested in Pyg's father's tombstone, has been stolen. Now Pyg's leading a posse aiming to get it back.

Really a childish story of a serious situation.

I really had a hard time listening to this book, I guess I could have returned it. Maybe an abridged version would be better.