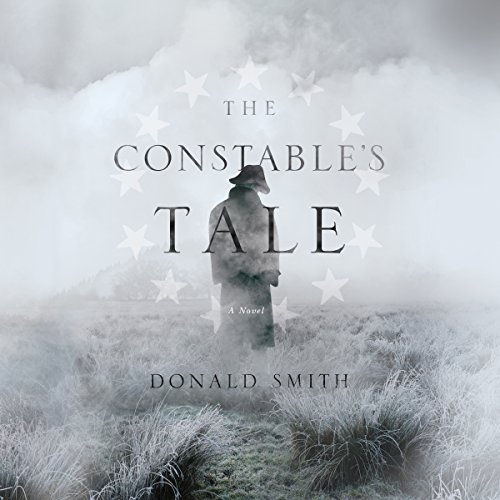 Set in a tumultuous period that helped to forge a nation, a riveting mystery that takes a volunteer constable through the wilds of colonial North Carolina to track down a shadowy killer.

When a traveling peddler discovers the murder of a farm family in colonial North Carolina whose bodies have been left in bizarre positions, circumstances point to an Indian attack. But Harry Woodyard, a young planter who is the volunteer constable of Craven County during a period in America's past when there was no professional police force, finds clues that seem to indicate otherwise. The county establishment wants to blame the crime on a former inhabitant, an elderly Indian who has suddenly reappeared in the vicinity like an old ghost. But he is a person to whom Harry owes much.

Defying the authorities, Harry goes off on his own to find the real killer. His investigation takes him up the Atlantic seacoast and turns into a perilous hunt for even bigger quarry that could affect the future of Britain in the American continent.

The illustration and the voice sample are what piqued my curiosity; the description lacked imagination and didn't set the scene at all which surprised me and left me disoriented.

First the eerie fog of the cover art was very intuitive. A quick google of the topical version of North Carolina, Craven County and Newburg (sp) show a coastline which seems to just ease downhill into the Atlantic, and out of the misty marsh comes this big, fat fingered hand of a river delta curving up north and west. All this is surrounded by deciduous and pine forest; very green, moist, dangerous in places, definitely unfinished and backwoods in feel. It lets you immediately know what it would be like for the hero to go on a journey; inns are infrequent; ships and horseback provide the fastest travel in a nearly undisturbed landscape, weather changeable.

The period is the French & Indian War. The northern colonists are squabbling with the French over the Ohio and two other river territories, aided of course by the British. This was the war Britain could not afford, and, seeking to gain financial assistance from the colonists which, bitterly protested, led to - you remember - the Revolutionary War.

Our young hero, Mr. Harry/Henry Woodyard, well south of the fighting, is in a land owning family, newly married, who, along with his family, farms and raises livestock on which to
live, and also culls pine timber from which to make tar and pitch selling to the shipping industry. I think of him as middle class, because of his hard work, lack of pretentiousness and humble origins (though I think he is 3rd generation already), but he does not. There is an amusing and slightly ironic thread: each chapter is headed by an admonition or directive on how to be a gentleman, something he knows he is not, but as he wants to act as smoothly, correctly and efficiently as he can learn to do, not out of shame, but perhaps with some desire for betterment, he practices them, perhaps to some degree due to having grown up with the local judge (magistrate?)'s daughter, and through some shenanigans ended up being tutored, or tortured,he thought at the time, by him, which included the memorization of these aphorisms. Nevertheless, the judge appointed him Constable. He is surrounded by old friends, family and others whom you will get to know, and who respect, and even love him, and he them, so he has balance and sturdiness in his own decision making even if he knows the process may not be the choice of others.

And, thus it is: a peripatetic tinker, who intends to establish himself in Newburn, knocks
on the door of an outlying home, to discover, horribly, the murder of a father, mother and oldest child. I disagree that the way their bodies were positioned was bizarre, it seemed respectful, to me, maybe a little creative, but not out of reality. (The baby was exempted, but is left horribly unaided,crying.) Tinker does the right thing, and Constable Woodyard is brought in to investigate.

He's good at puzzles, and makes up his own mind as to who is responsible for the crime for his own reasons, which is contrary to the reactions of others who want to blame the local Indian, Comet Elijah. Comet and Harry have a long positive, mutual history, and
Harry is loyal, even if Comet , a former Chief and Warrior, seems a little nebulous and strange at times; he cannot believe such senseless evil of his friend. And….. he has found two very valuable clues.

So, then off goes our hero on his journey, one of purpose, to find the criminal,which he follows to the very end; one of adventure, because this is the first time he travels so far, and is unaccustomed to "civilization" ; one of danger, because someone has disagreed with his view of the crime so strongly, his life is threatened - several times; and one of discovery and even delight, because of the new people he meets. He is even introduced to General Washington and Thomas Jefferson! It was fun to see them in their early stages, knowing what they would become!

I really enjoyed this story from beginning to end. The author kept a steady pace, com-
bining the natural world in an intimate way, real historical events, how people lived,
and worked and what they expected from life. The narrator was a steady, trustworthy
fellow, and dealt credibly with differing voices and accents. He seemed the perfect one for Harry Woodyard, and if Book Two had been available, I would be listening to it right
now!

I had to quit on this story. Too many Forest Gump-esque coincidences and cameos. The story wasn’t really engaging and was slightly boring. Poor narration capped it and left it hard to finish. I REALLY wanted to like it, but I just couldn’t. 😭